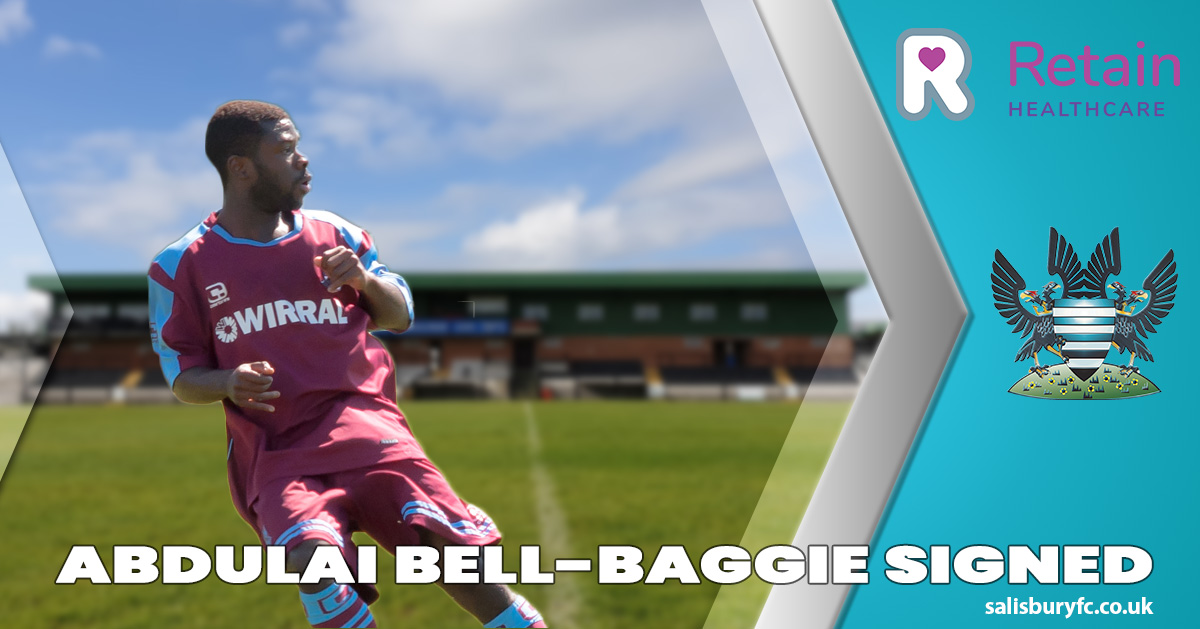 We’re pleased to announce that Abdulai Bell-Baggie has signed for Salisbury FC. The 29-year-old winger has played for Yeovil, Tranmere, Bristol Rovers, Weymouth, Eastleigh and had a seven-month spell at Salisbury City.

Abdulai played for England as a youth and went on to make 5 appearances for his country of birth, Sierra Leone.

He is available for today’s match against Weston super Mare