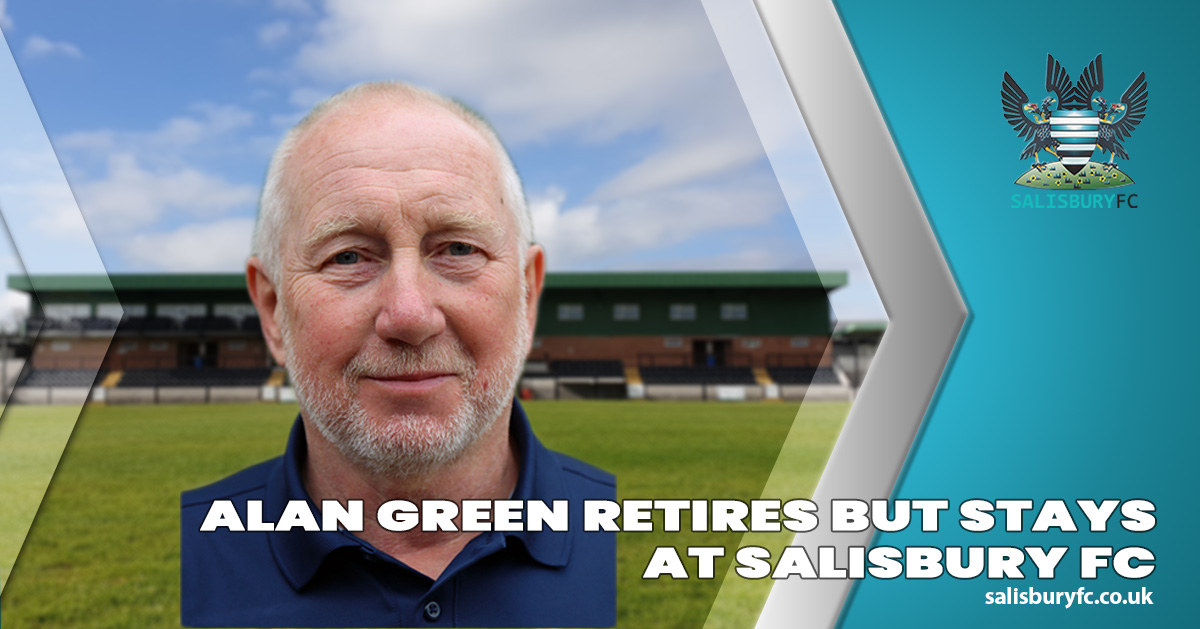 Salisbury FC wishes to announce that Alan Green is retiring from his role of Commercial Manager with effect from 30 April 2021.  As many people will know Alan has been involved with the club for many years, first as a player, then a sponsor and latterly as the Commercial Manager and, will still be involved in the club as a volunteer particularly on match days.

The club wishes to put on record its thanks to Alan for all that he has done for the club in his various roles.

Salisbury FC is also delighted to be able to announce that Ian Pearson has agreed to take on the role of Commercial Manager with effect from 1 May 2021.  Ian has been volunteering at the club for over 3 years, mainly on the website and social media and is well placed, and well known to many people, to take on this new role.