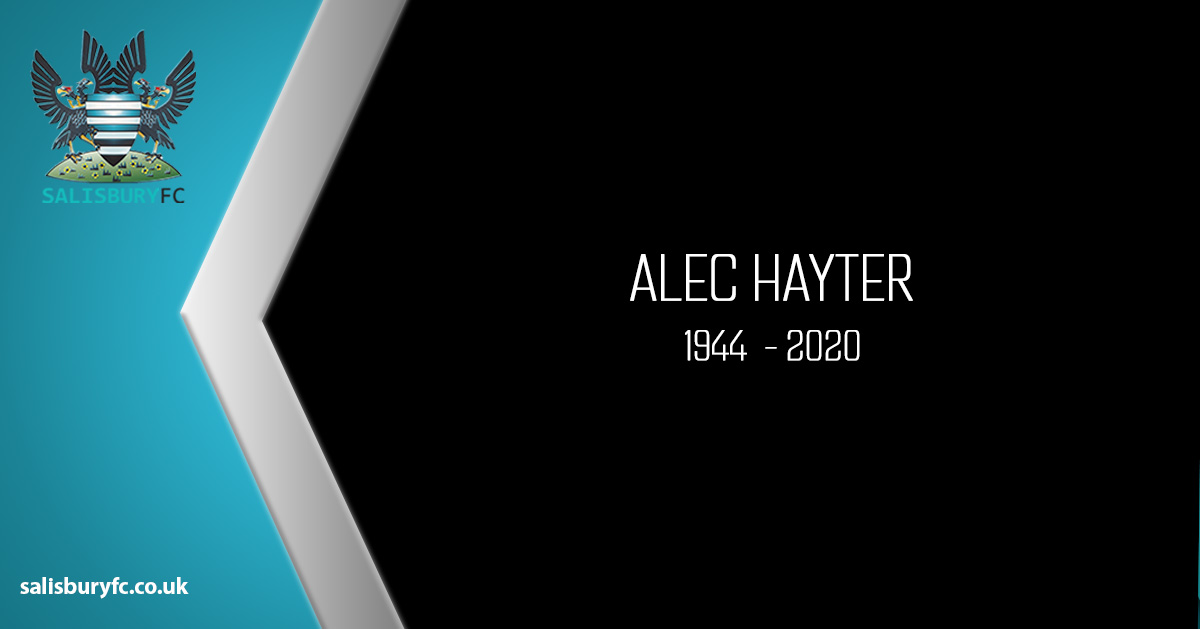 It is with a heavy heart I have to advise all our fans and readers of our website of the death this morning of our well known and respected Press Officer, Alec Hayter.

I reported a few weeks ago that Alec had suffered a massive bleed on his brain and was seriously ill in hospital. I have kept in touch with his wife over these weeks but there had been no real change in his condition. At lunchtime today, however, I received an email from her advising that the family had agreed yesterday afternoon to switch off his life support and remove all the tubes so that he could pass away peacefully, which he did at 11.30 this morning. His family were able to be with him for some hours before he died.

Alec’s role as Press Officer covered not only communication with those outside the club, but also the compilation and editing of the match programme and the preparation of his match reports, both for the website and the Non-League Paper which many supporters read. He has been around the non-league scene for many years and has been well-respected way beyond the clubs he has represented. He was a passionate supporter of Salisbury FC and many times told me how he loved the club. He will be sadly missed by us all.

We will endeavour to pass on all messages of condolence to his wife, Ann, who has ever since his illness been overwhelmed by the messages received from the football family.

A depressing start I know to the oncoming Christmas holiday period but on behalf of all of us at the club I wish you a happy and enjoyable end to a very strange 2020 and very best wishes for a more normal 2021. I hope we are able to open the gates of the Ray Mac again soon to welcome you back.