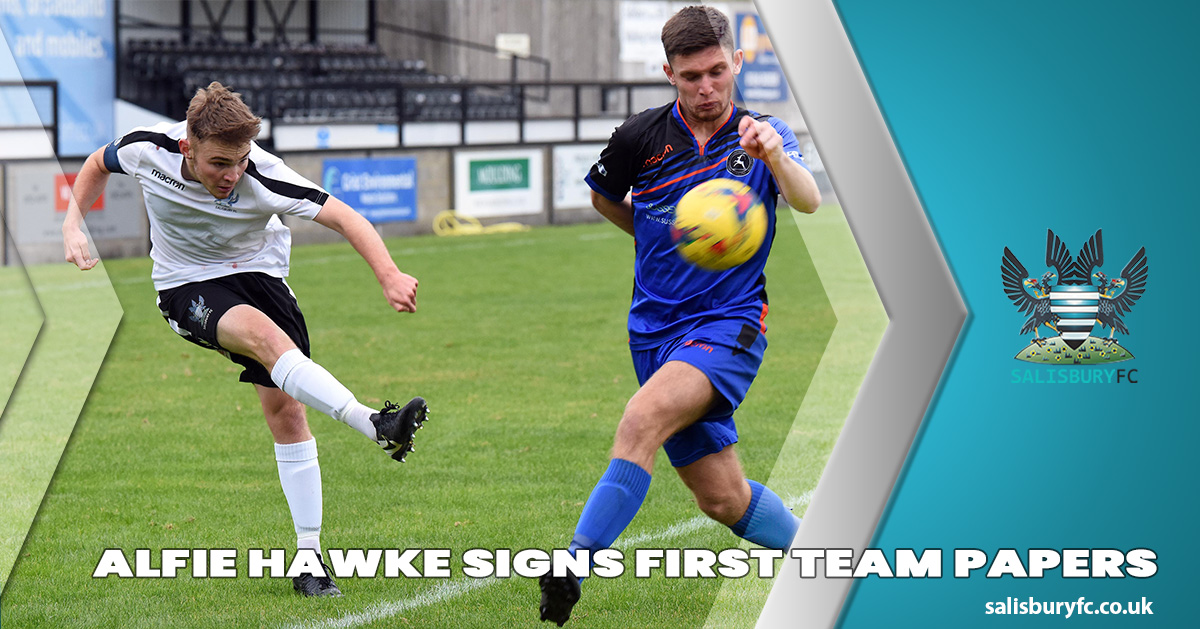 Local lad, Alfie Hawke has signed first team papers for the second season running. Unfortunately, the first time was during the curtailed 2020/21 season so he didn’t get his chance with the first team other than in preseason. He did play out the season with the Development team. 12 months later and the midfielder’s pride at putting pen to paper is as strong as it was the first time. With the potential of a full season ahead, He’s hoping this will give him the chance to get more involved.

18-year-old, Alfie will also represent the Dev team this season which will mean he’s match ready when he gets his chance. With a busy season ahead, the chances should come and when they do, we know he’ll give 100%. Having come through the Salisbury FC youth system, which he’s been part of since the age of 8, to complete the journey and become a first team regular would be a dream come true for Alfie and his family who are Salisbury FC supporters.

I had a chat with Alfie and took the chance to ask him a few questions.

First team papers signed again, Alfie. You’ll be hoping a full season will see you get your chance?

Yes definitely, obviously last year was frustrating because I signed just a few weeks before the season was curtailed so hopefully this year we can get a full season in.

As a local lad that stands on the terrace every game, pulling that white shirt on must be a bit special for you?

It’s a proud moment that’s for sure, I’ve grown up following the old and new club home and away with mum and dad, so to sign and play is a proud moment for me and my family.

What do you get up to outside of football? Day job/ higher education?

I’ve just finished my course at college, so I’m now spending my time working in retail alongside coaching 1-2-1 football sessions within the Salisbury area.

Thanks for taking the time to talk to us and good luck for the season, Alfie.