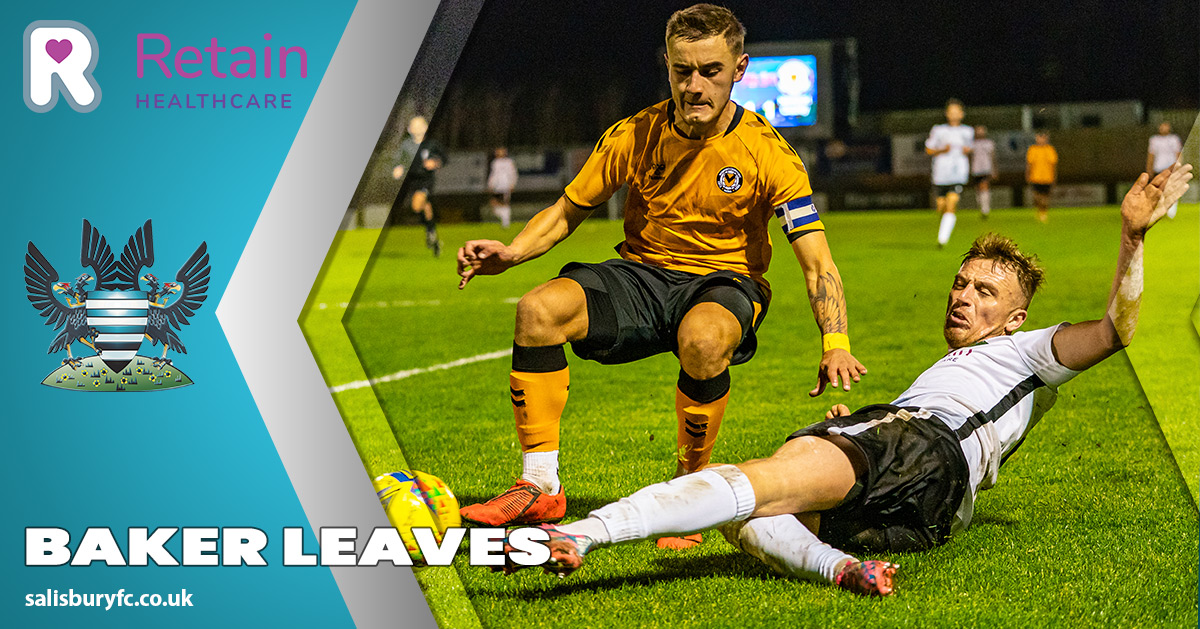 Harry Baker has decided to leave Salisbury FC and has been released. After a long time out through injury, he is hungry for game time. This can’t be guaranteed so the difficult mutual decision for him to leave has been made. Steve Claridge said “He is such a nice lad. He wants to play every game and I appreciate that, especially after returning from a long injury. I wish him all the best for the future.”

Good luck Harry and thanks for all your effort during your time at the Ray Mac.