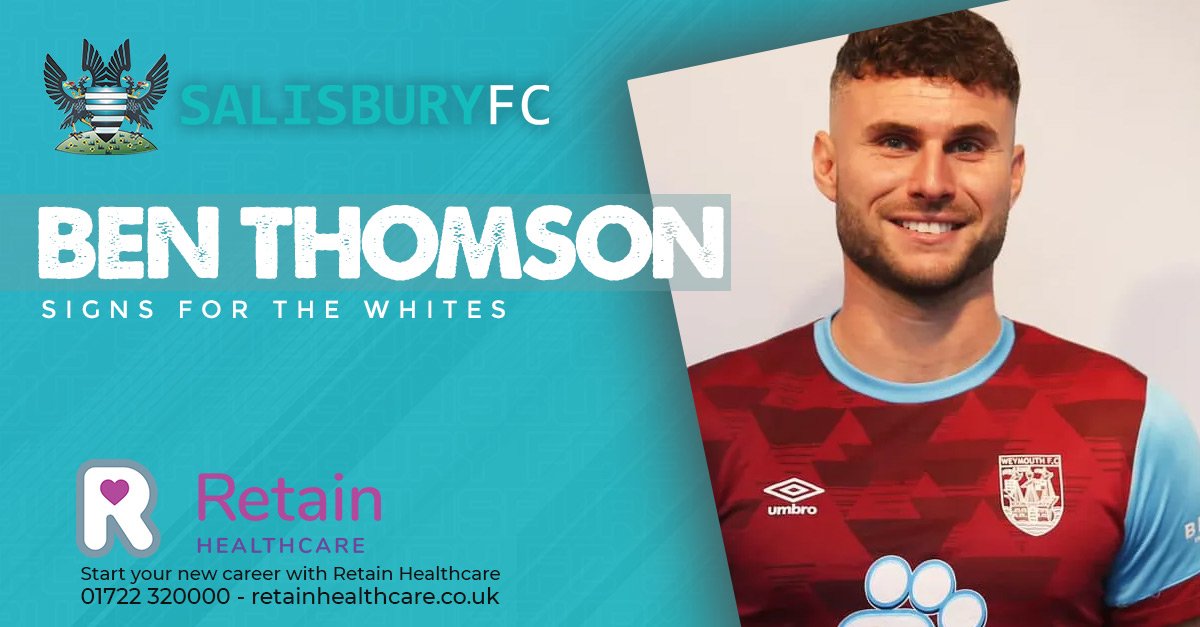 Before signing for the Terras in 2015, he had spells at Frome and Gillingham Town. During his time at Weymouth Ben made 255 appearances for the club, scoring 66 and assisting 47. Ben will be missed at the Bob Lucas Stadium where he has been a fan favourite for many years and departs with “legendary status”. We’re sure it will be the same at the Ray Mac.

I messaged Ben for his thoughts this afternoon and his reply was swift (thanks Ben). Here’s what he had to say…

I can’t wait to get going at Salisbury Football Club and meet all the lads and the fans, a fresh challenge ahead for us all and one which I’m sure will be a very positive and successful one. See you all at the Ray Mac soon!