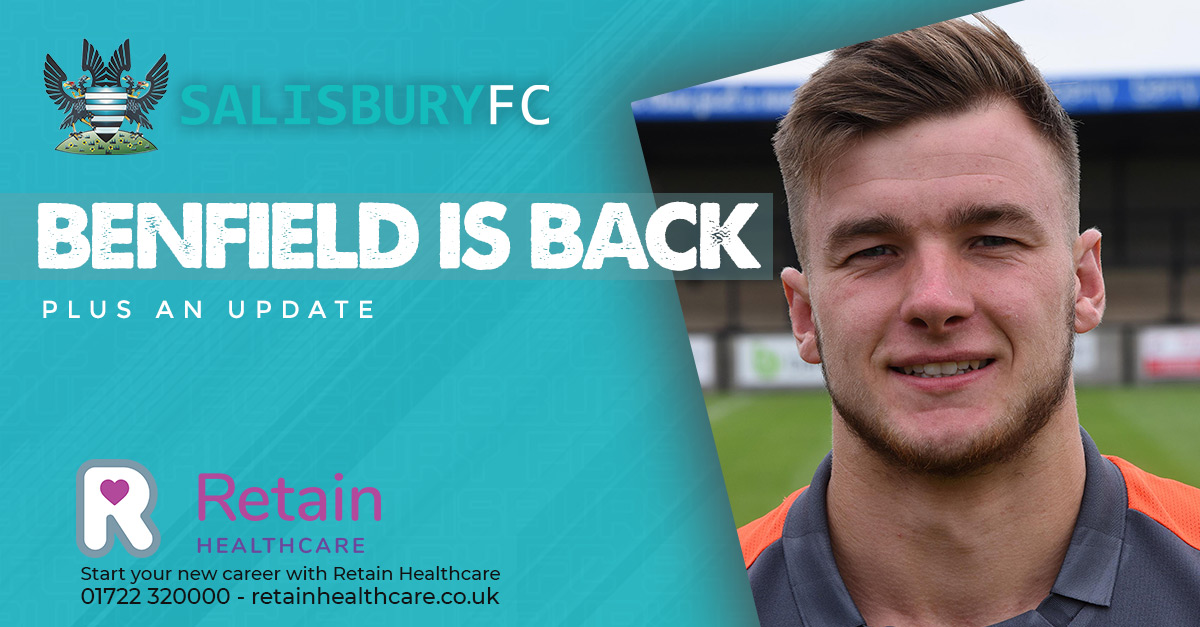 We’re pleased to announce that Gerard Benfield has rejoined Salisbury FC, pending FA approval, after 2 years away. The 24-year-old keeper went to Weymouth after his first spell at the Ray Mac. During his time at The Terras, he had a loan spell with Dorchester and then made a move back to Wimborne for the second half of the 2021/22 season. Benfield joins Dinesh Gillela at SFC who signed for the club last week.

We can also bring you news of the list of players we have retained.

The above list could change, but it’s an idea of where we are currently. Some paperwork is still outstanding for a few of these players but we’re hopeful there will be no complications.

The players that have definitely left are,

Again, this list will change. We thank these lads for their service to Salisbury FC and we wish them well for the future.

Talks are still ongoing with several other players and we will bring you updates as soon as we can.