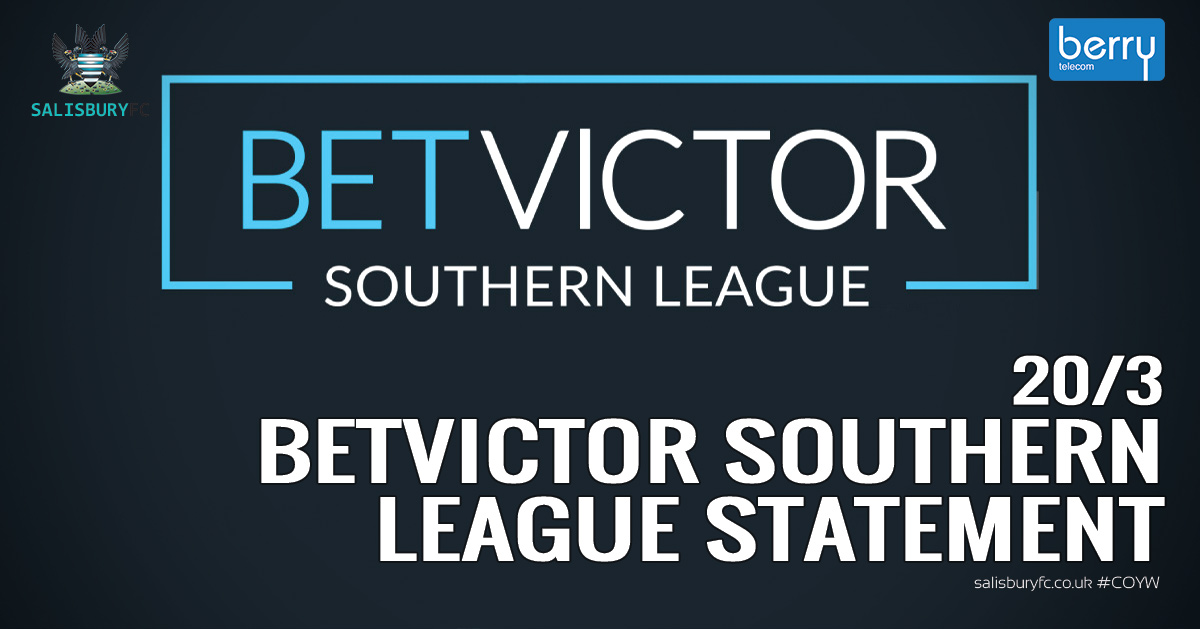 As promised, we have now received a statement from the southern league.

Following the statement issued by the League on Friday 13th March 2020, it was indicated that a further statement would be forthcoming on Friday 20th March 2020.
It has been agreed that the League is officially suspended until 3rd April 2020. However, it should be noted that an Alliance Committee Meeting by Conference Call will be taking place during the evening of Monday 23rd March regarding the aforementioned and the season going forward. A further statement will therefore be issued on Tuesday 24th March.
The League is aware of the issues faced by Clubs and is engaging with the FA on these matters. It is anticipated that the League will be able to provide further information and guidance during next week.

The BetVictor Southern League Board of Directors