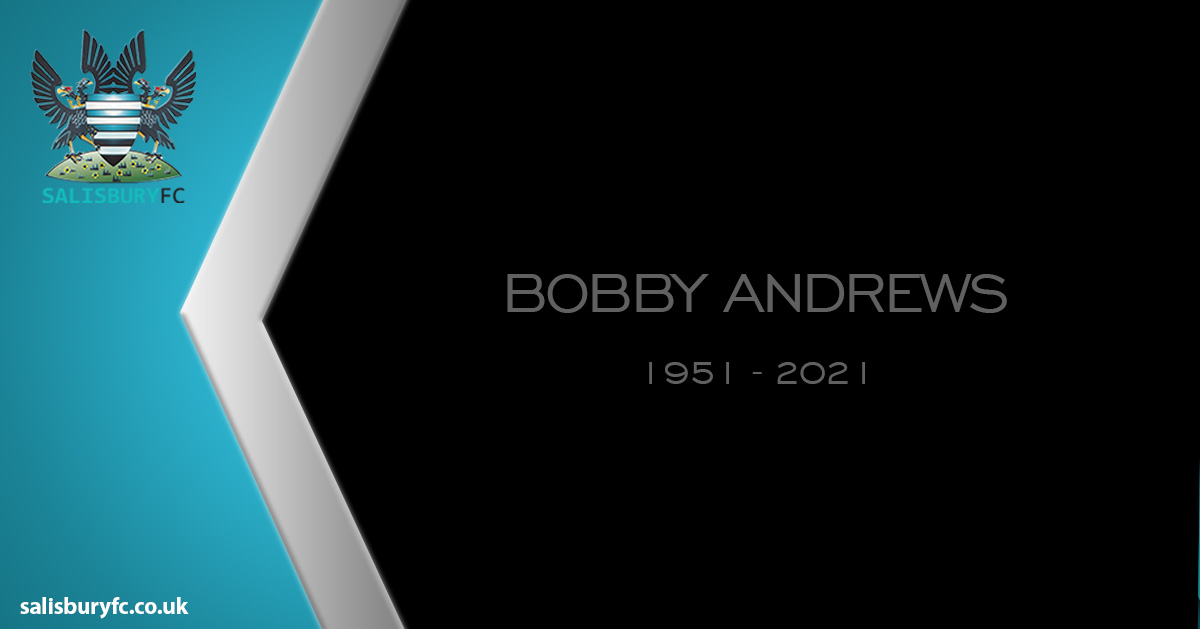 It is with great sadness that we announce the passing of former Salisbury City FC player, Bobby Andrews.

Bobby was 69 and still well known and liked around the Football Club.

Although statistics from his era are a little sparse, we believe that he made his debut in the 1974/75 season, after joining from Shrewton United, scoring 54 goals.

During his regular visits to the Ray Mac office, he loved to remind us of his time playing alongside his mate, “Greener” (Alan Green). Something he was clearly proud of.

Bobby was also well known beyond the Club in the local area and was a regular local Cribbage League participant. Playing in the Salisbury and District Licensed Houses Cribbage league. He was an ardent cribbage player and played for quite a few of the local pubs. He last played for “The Village”

He’ll be missed by all of us at SFC and our thoughts are with his friends and family at this sad time.

Below is a tribute from Alan Green.

Receiving the news that Bobby had passed away has taken many of us who had the pleasure of playing and socialising with him by surprise, shock and great sadness.

Although we knew that he hadn’t been well over the last few years, we didn’t realise that his dementia was life-threatening at his age.

Bobby will be remembered by those who played alongside him for his skills, work rate, pace, and his ability to set up and score, often amazing goals.

He came to us at Salisbury in the 1974/75 season, known mainly as a local striker for Shrewton and The Conquered Moon Sunday league sides. Quickly becoming a regular, valuable member of the first team and a firm favourite with the supporters, scoring regularly (54 goals in all) which included 2 goals in 49 seconds against Dorchester.

Bobby played regularly at Victoria Park throughout the late 70s and early 80s and then went on to play for Road Sea, Andover and Fareham earning a Southern league winners trophy.

Although his dementia made life difficult for him over the past few years, Bobby will certainly be missed at the Ray Mac as a regular supporter, seeking out his old teammates Paul Christopher, Colin Guy and myself, remembering those great days playing and enjoying life together.

Colin Guy and I have been keeping in close touch with Bobby’s hospitalisation, with Colin having arranged a visit to see him on the Monday following his death. So it is with great shock and sadness to receive this unexpected announcement.

“RIP and Cheers to you Bobby”