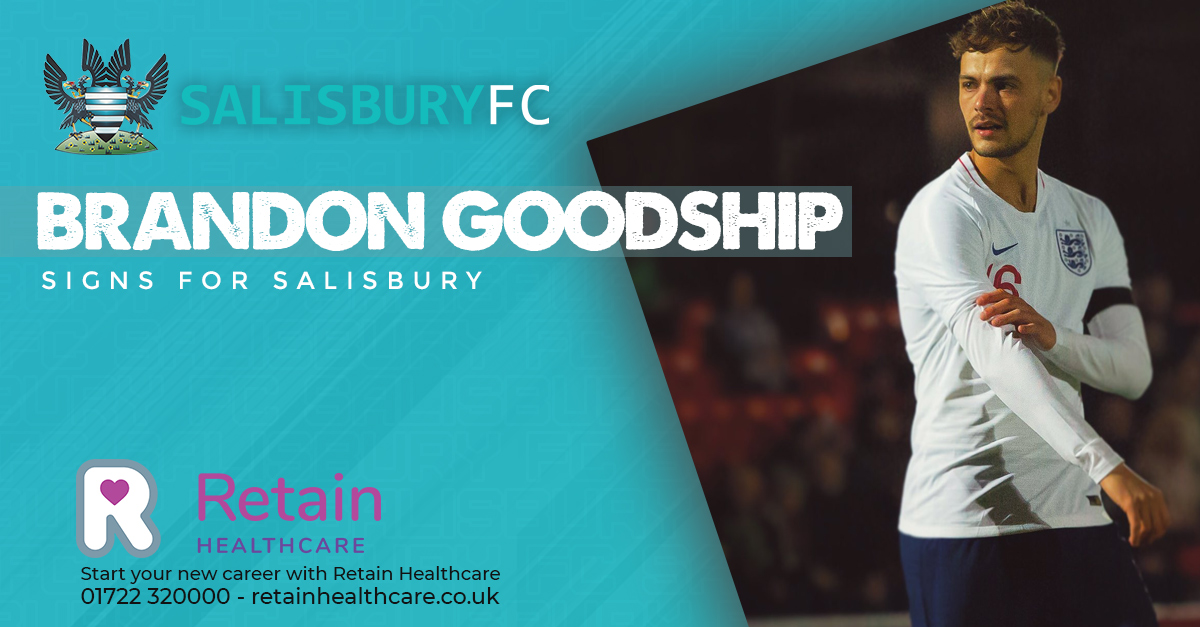 Brandon Goodship is moving to the Ray Mac. The 27-year-old forward has signed for Salisbury FC (pending FA approval). Brandon has previously played for Yeovil, Southend and has had two spells at Weymouth FC. Goodship last played in the Southern Premier South in the 2018-19 season and made 41 appearances and scored 37 times for the Terras. In March of 2019, he came off the bench to earn an England C cap.

I had a brief chat with Brandon and he’s looking forward to getting started at Salisbury FC and meeting up with the lads.

“I’m really pleased to get him and the other lads we’ve retained or brought in so far. With Baggie departing it freed up some budget which we have been able to use. That said, the financial aspect of the move was never a big part of the discussion. Despite a lot of interest from many other clubs I always felt like he was set to join Salisbury FC.  Goodship gives us so many options as he is comfortable playing in 2-3 positions and that kind of flexibility is important, as we found out last season.”