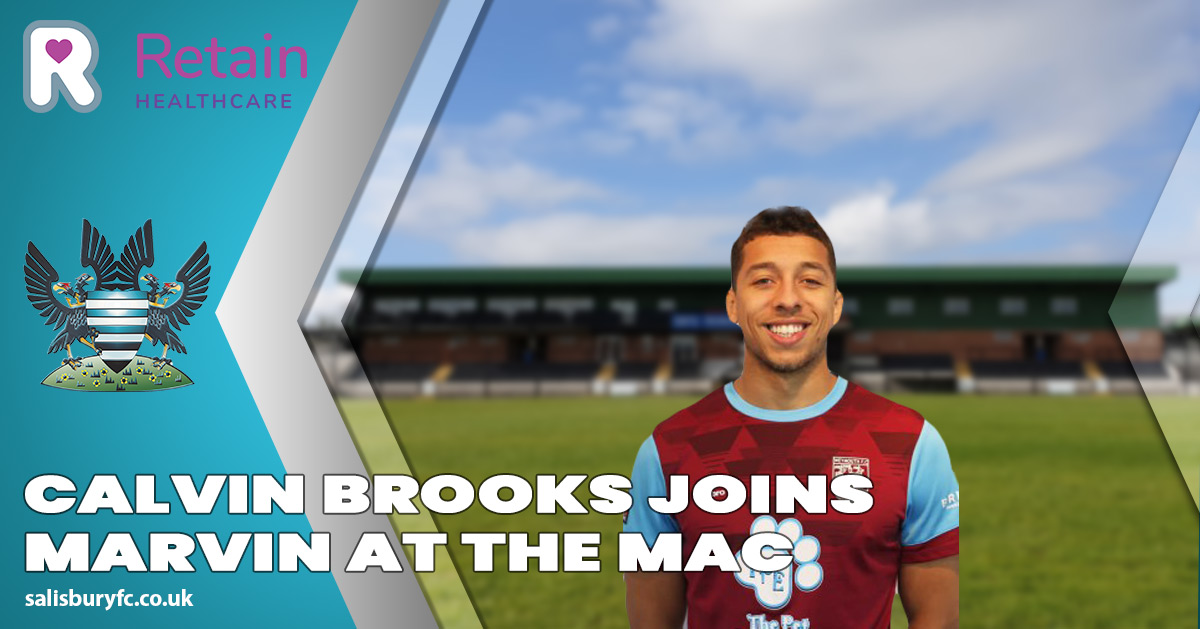 We’re pleased to announce that the Brooks brothers have been united at Salisbury FC. Calvin Brooks, Marvin’s brother, has signed for the Whites joining us from National League side, Weymouth FC.

Having spent time at Dorchester Town and Yeovil Town, Calvin then had a six-year spell at the Bob Lucas Stadium. The 27-year-old defender makes the permanent move to Salisbury FC and we’re happy he has.

Calvin had the following to say about his move,

“I’m really pleased to be joining the club, it’s a club I’ve been following for a few years now with Marvin being here and having played here a few times myself. It’s a big, big football club at this level, similar to Weymouth when I signed there.

“I see a lot of potential here with the ground and the fan base. I am excited to help the gaffer get this football club back to the level it should be at.

“I’m under no illusions as to the difficulty of this league, it’s tough, there are some really good teams. I’m just really pleased to get this done and to have the opportunity to play in the same team as my brother.”

Steve Claridge said “We have been working on this for a long time. I was speaking to Calvin back in the summer and was hoping it would happen then but he wanted National League football. As things have progressed, he now wants football to fit in with his work better. He has turned down substantially bigger offers from Poole and Dorchester to come and join us at the Ray Mac. He clearly wants to come here for the right reasons and that is always an important factor.

“I’m really pleased that we have finally got this over the line and we’re looking forward to him being part of the squad.

“I see this as the start of a reboot for the squad. We hope to make more changes in the coming weeks which will help us rebuild and push on”.

In other news, Dan Fitchett has joined Hartley Wintney on a season loan.

Steve said “Unfortunately, it has been difficult for Dan to get match fit this season with it being so stop, start for him. So he has gone out on loan to Hartley Wintney. We have the option to recall him if required. With the departures of Tom Blair and Dan Fitchett, it has freed up some funds to enable us to bring in Calvin and potentially others.”