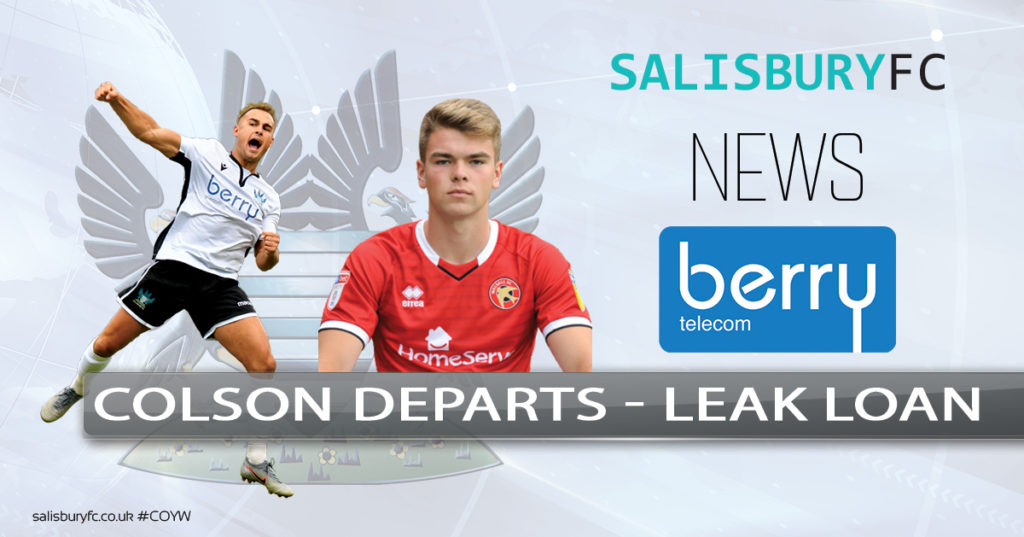 George Colson has cancelled his contract and registration by mutual consent. George has been at Salisbury FC since shortly after the club formed in 2015 and has served the club brilliantly in that time.

Coming in on a 1-month loan is Walsall’s talented 18-year-old central defender, Thomas Leak. He was recognised for an outstanding 2016/17 season with the Walsall Under-16s’ Player of the Year award and has featured heavily for their under 18s since then.

Manager Steve Claridge said of George Colson “I’m sad to see George go and think he’s been a little hasty with his decision as he would still have a big part to play at the club. I understand he wants to play every week, but with Bay being here that was going to be difficult. With the travel involved, I understand his decision but I’d have had George here as long as I am given the chance. Not only is he a talented player but he’s a really nice lad and I wish him all the best for the future”

When I asked about Thomas Leak Steve said “With a few availability issues in central defence, Brian Dutton was happy to help us out by making Thomas available to us at no cost. Dutts has said he’s a talented lad and this will give him some experience and game time. I’d Like to thank Brian and Walsall for answering our request and being so accommodating”. Welcome to the club Thomas.

Salisbury FC would like to thank George for all his hard work during his time at the club. We’re all sad to see that such a nice and talented lad has left the club. We truly wish you loads of luck for the future.

Also, thanks to Walsall for supplying the image of Thomas that is used in this article.