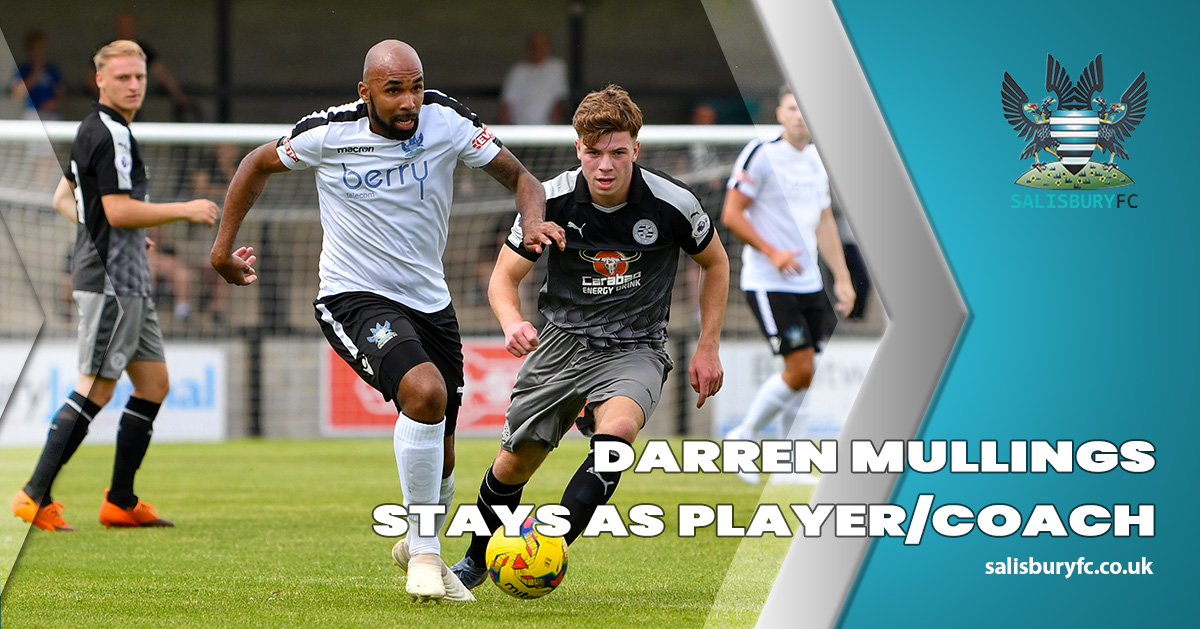 We’re pleased to announce that midfielder, Darren Mullings will be staying at Salisbury FC for the 2021/22 season. He will again be taking the player/coach role as he has done previously. Darren often takes control of large parts of training and is a big part of the coaching team. A natural teacher and hard worker make Darren a natural fit in the setup at the Ray Mac.

I had a chat with Darren yesterday about the season ahead…

Darren, that’s you signed for another year at Salisbury FC. With the possibility of a full season of football this time, you must be hungry for it?

It’s great to be back for another season. I can’t wait to get going. I think we have all missed it and especially last season it felt like we were beginning to build something special before the season came to a halt. So for the group, it definitely feels like we have some unfinished business going into the upcoming season.

Having witnessed many training sessions, the coaching role seems like a natural fit for you, Darren. Do you enjoy and look to progress on that side?

I have been coaching for a number of years now in a variety of environments and it is something I am passionate about. I’ve been working hard to continually develop as a coach and gaining the relevant experience and qualifications and aspire to be a head coach or manager in the near future but feel I still have a lot to offer on the pitch as well.

The lads really respect you at training, apart from obligatory banter obviously. You must be proud of how they have responded to you as coach?

We have a great group of lads that all have respect for each other, and players that are receptive to what you are trying to do or get across and when they all want to continue to develop and progress as individuals and as a team to achieve something as a collective this makes it easier to coach and build positive relationships.

Thanks Darren. It’s great to know you’re staying at the Ray Mac.