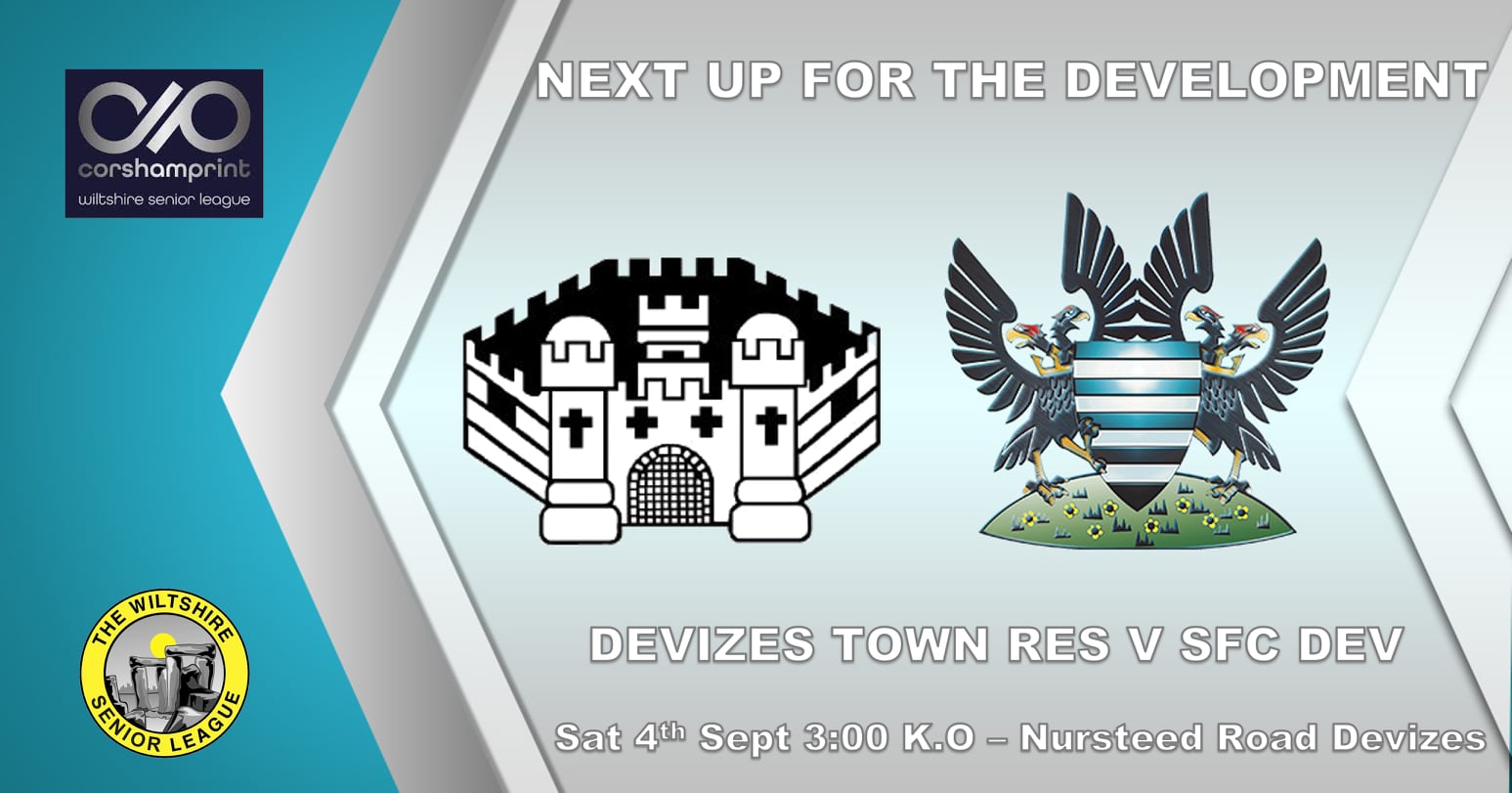 Salisbury Development begin a hectic September fixture schedule this weekend with a visit to Devizes Town FC in the Wiltshire senior league.

The whites have 8 fixtures in the month of September which could well define their season. After just 2 fixtures in August due the clubs late acceptance into the league, the dev find themselves with up to four games in hand over the rest of the teams.

The Whites warmed up for this run of games with a run out on Wed at the Portway stadium Andover, but not against an Andover 11, but more of a group of players, mostly younger than the Salisbury squad in a fixture which was much needed for the Whites as they welcomed back some long term absentee’s to the squad. As is the customary at Salisbury FC way this season for every one we get back another is out, although not all in the case of the dev squad is due to injury.

Devizes town are currently level on points with the whites with 3 points from their opening 6 games, whilst we picked up 3 from our only 2 games so far. Our only defeat being away to Pewsey who have now won 6 out of 6 and living up to their pre-season billing as favourites for the title.

As far as I am concerned we do not yet know where we are ‘level wise’ in this league, but by the end of this month we will have a far better idea. It’s a pity we have lads out again, but you’re never going to get through 4 weeks of Tues/Sat games with just 13 or 14 players, so our squad will be tested this month for sure.