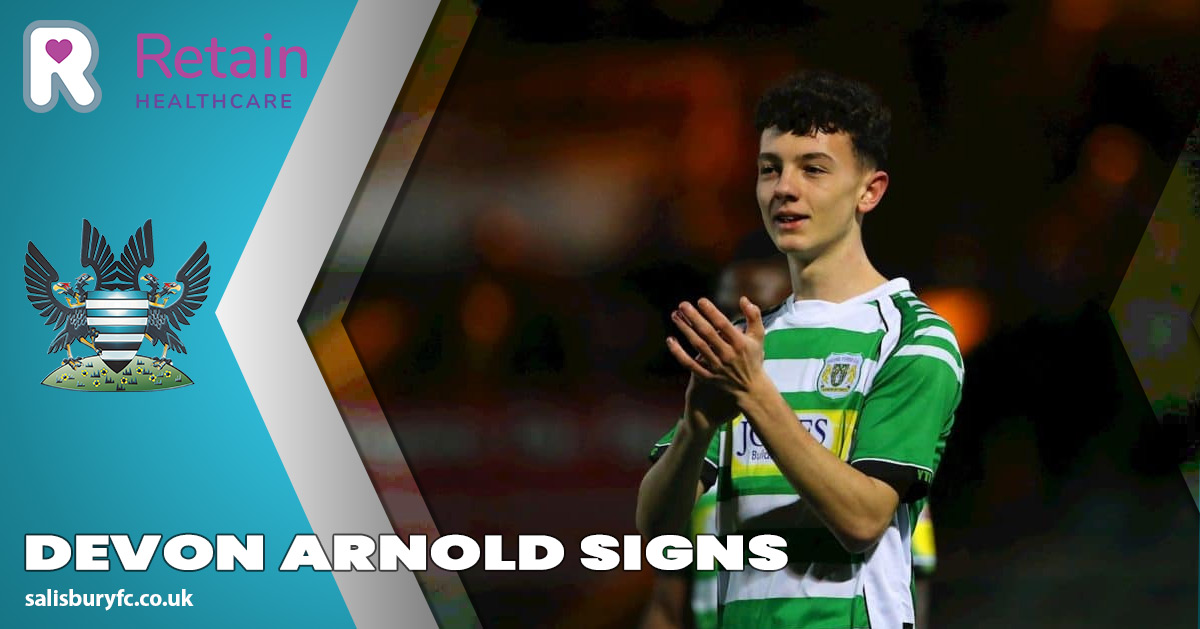 We’re very happy to announce the signing of Devon Arnold to the first team. The 19-year-old forward joins us after spending the pandemic having trials at the likes of Chelsea, Stoke City, Peterborough United and Manchester United where he impressed when he scored the only goal for United’s Under 23s in a 1-0 win over Stoke City.

Devon is a local lad that played for Salisbury Youth for the u12s and u13s prior to joining the Elite Training Centre in Southampton. He then joined the Yeovil Town Academy in November 2016 and was offered a youth scholarship deal to remain with the Academy in December 2017. On January 1st 2019, he made his debut for Yeovil Town in the EFL League 2 as a late substitute in their 4–1 defeat against Cheltenham Town, at the age of just 17 years and 38 days he broke the record for the youngest Yeovil Town player in the English Football League.

During his time at Yeovil, he was sent out on loan to Dorchester Town to gain match experience in the 2019 – 20 season but was then released by Yeovil Town at the end of the 2019–20 season when his youth scholarship expired.

He featured on Tuesday evening at the Ray Mac for the Dev team when they won 10-0 against Ludgershall Sports with Devon scoring 6 when he partnered Dan Fitchett with 1st team Assistant Manager Callum Hart, watching from the stand. He joined up with the 1st team for training on Wednesday.

Devon has great pace, works hard, is lethal in front of goal and is a great young prospect for the future.