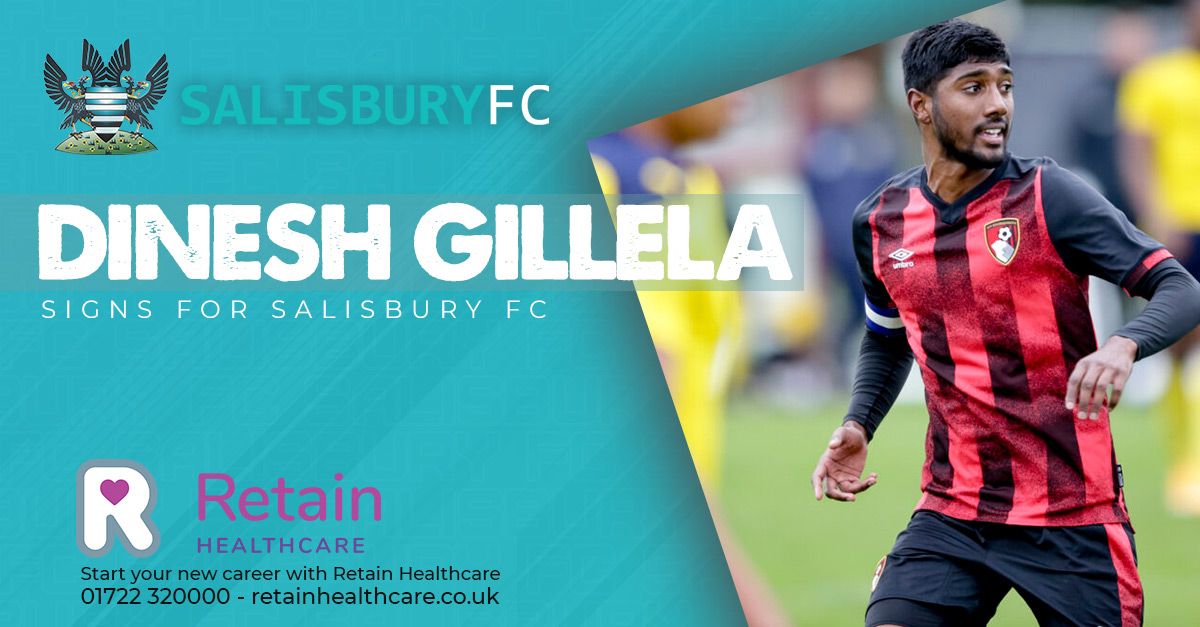 There will be many player updates to come over the next few weeks and we start with the news that defender, Dinesh Gillela has signed for Salisbury FC from Hereford FC, subject to FA approval.

The 22-year-old defender was formerly the captain of the Bournemouth under 21s before a short spell at Hereford. He has spent time on loan at Aldershot Town, Billericay Town, Hayes and Yeading and Lewes.

I had a quick chat with Dinesh and he had the following to say about joining the Whites,

I’m delighted to put pen to paper and commit for the season ahead with Salisbury and I’m excited for what the season will bring.
It was good to hear from the gaffer, Steve himself. I mean he rang me and made it clear he wanted to bring me in and yeah, It was nice to hear the manager have that confidence and of course that then gives the players that belief too.
I know Antonio very well too and he had nothing but good things to say about the club and staff so I was eager to get it done.
Me as a player, I’m a ball player who wants to keep the team ticking and I’m a character that will lead from the back. Put everyone on the boat together and give 100% for the club and fans, who I’m excited to see!!