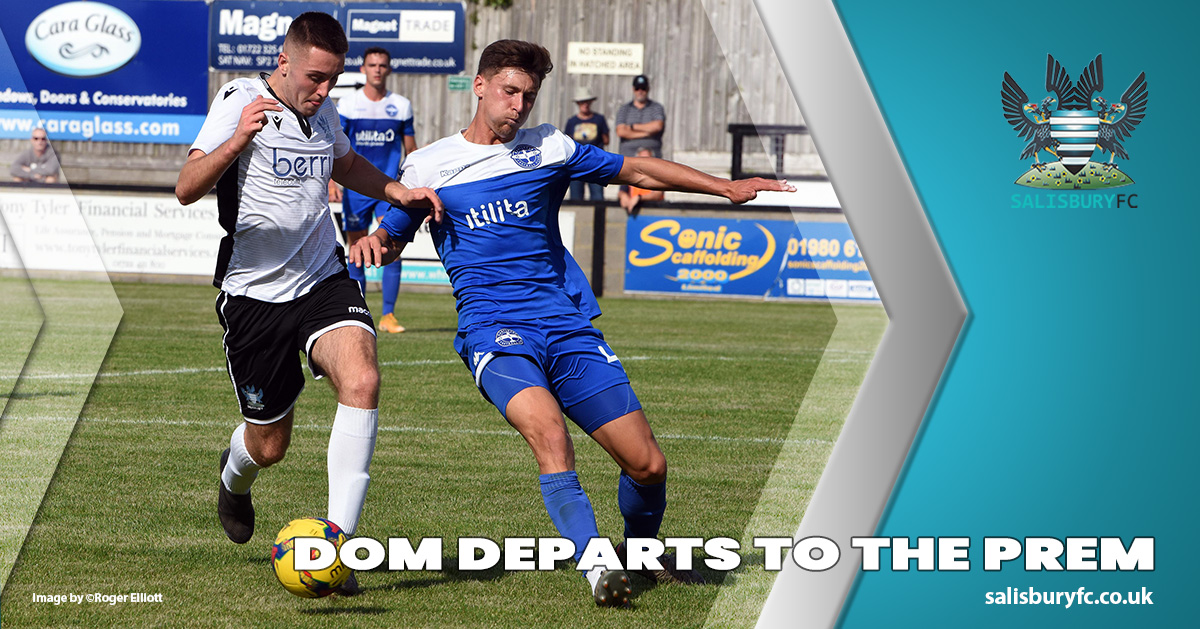 Popular youngster, Dominic Jefferies has decided not to accept the offer from Salisbury FC to remain at the Ray Mac this season as he will be moving to Premier League side Brentford FC, initially playing for Brentford B.

During Dominic’s time here, his stats are as follows…

A training compensation agreement has been agreed between both clubs.

I spoke to Dom earlier today and he said the following.

“Putting on the white shirt and playing at the Ray Mac was limited last season. I seemed to have had a short-lived but very enjoyable time at this super club and I am going to miss being here greatly. The support from the fans has been immense.

“Thank you to Pete Martin for the sponsorship, to the coaching staff and thanks to the gaffer for believing in me! COYW!!!”

Although we didn’t want to see you go, we wish you all the best for the future. Good luck Dom and newly promoted Brentford for the upcoming season.