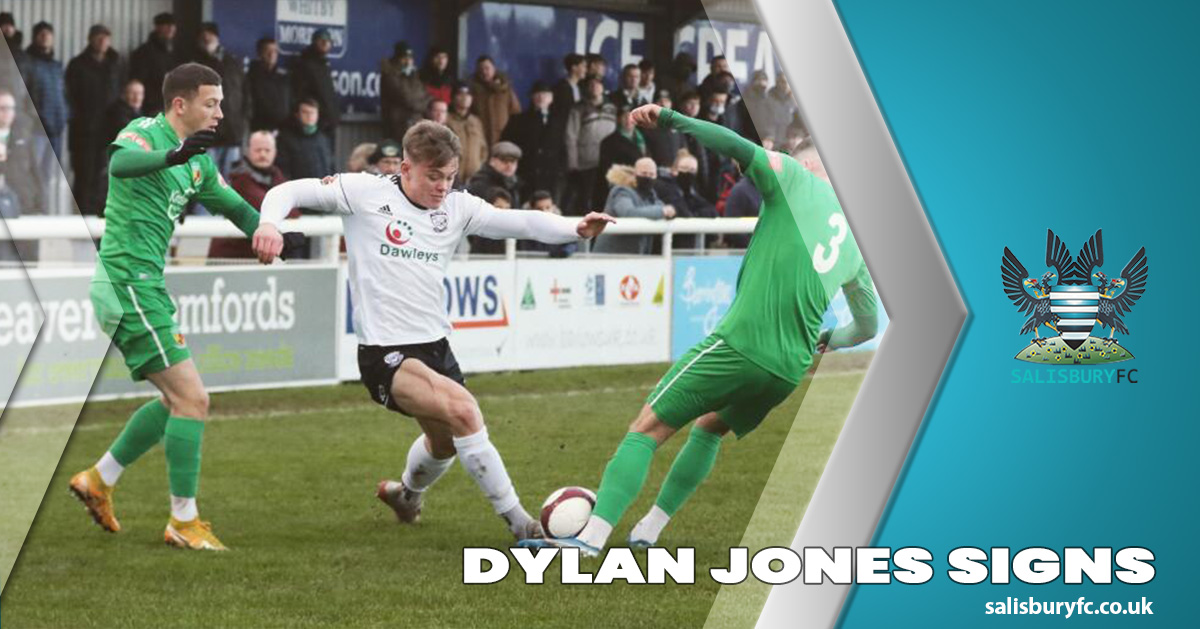 Anyone that joined us for our preseason friendly v Portchester will have seen a stunning goal by Dylan Jones. The chance looked to have gone but Dylan recovered, turned and produced a fantastic finish. It excited the entire crowd and for good reason. Within a minute of that goal, I got an email from Suzie Iles saying “If he signs I will sponsor him, What a goal!”

The good news for Suzie and all of us is that 19-year-old Dylan has signed for Salisbury FC for the upcoming season from Hereford FC, subject to FA approval. Dylan has had short playing stints at Cardiff City U 23s, Swansea City U 23s and Newport County u23s before joining Hereford F.C in, October 2020. He is a versatile player who can play in a number of positions and will be a great acquisition for Salisbury FC.

I had a quick chat with Dylan today…

That was a great debut for the club v Portchester. How did you find your first day at Salisbury FC?

Very impressed with how professional everything is done at the club from my first training session a couple of weeks ago. It was my first time at the ground yesterday and I was buzzing when I walked on the pitch. It’s a great set-up.

On the scoresheet with a very nice finish. It must be nice to make an impact at the first time of asking?

Thanks. I was pleased to get on the scoresheet. It was a strong team performance I thought and I’m sure we can build on that.

Looking forward to the upcoming season?

Really looking forward to the season ahead and doing well for the club and achieve success. Steve has shown his belief in me as a 19-year-old and I intend to work as hard as I can to repay him.

What is your day job?

I’m studying for a diploma in strength and conditioning and have started a one-to-one training business working with footballers and young people in South Wales. I also help coach the county football team 12s-16s.

Welcome to the club, Dylan.

Want to sponsor Dylan Jones away or another available slot? Look at Player Sponsorship.