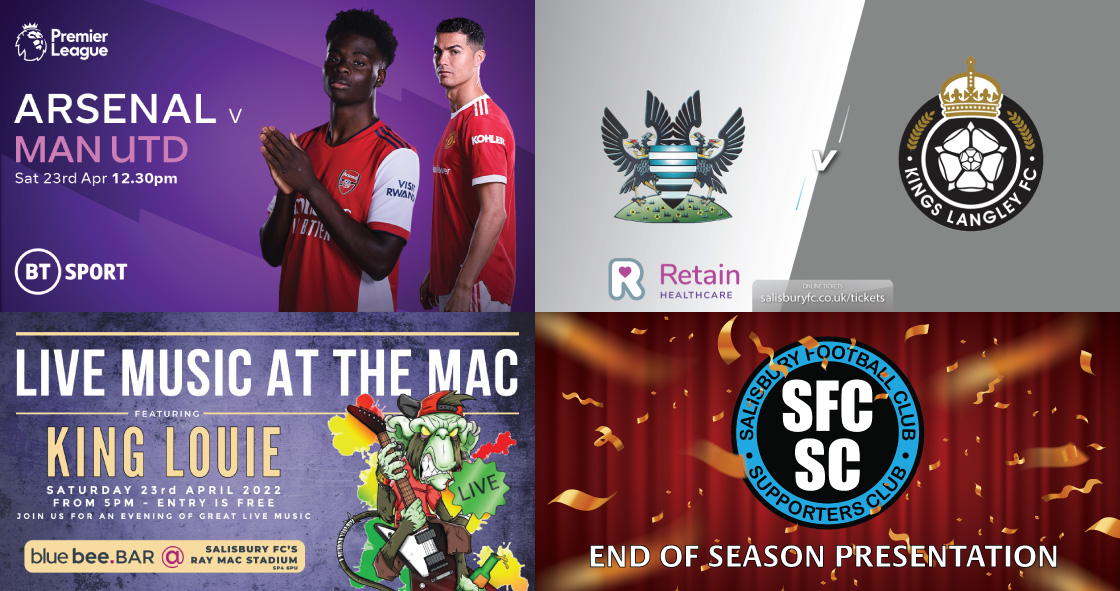 We have a really busy end of the season coming up. This Saturday, 23rd April starts with the 12.30 pm Premier League match as Arsenal play Manchester United. The Blue Bee Bar will be open and we will be showing it on the big screens.

Then we welcome Kings Langley to the Ray Mac for our final league match of the season. Kick off is at 3 pm.

After the match, we look forward to King Louie playing for the second time at the Ray Mac. The last time they played the Blue Bee Bar, it was a great event with plenty of the audience getting involved. So come along and enjoy some LIVE music. Entry will be free from 4 pm or head up after the match as they will start as soon as the final whistle blows.

As if all of the above wasn’t enough, the Salisbury FC Supporters’ Club has their end of season presentation. With the Player and Young Player of the Season awards being announced.