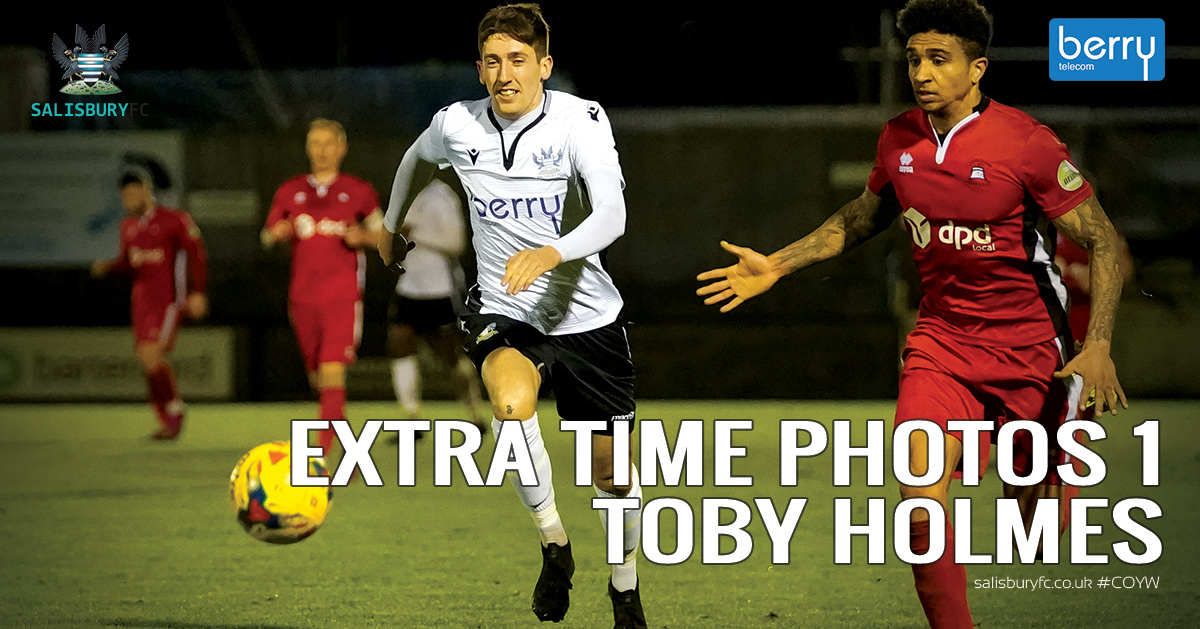 We have a bit of extra time on our hands at the moment, with football having been suspended for the foreseeable future, so we thought that we would look back through the photographs of the current season before it was so suddenly interrupted.

We aim to feature one of the Club’s players from time to time, starting with the popular goal machine and leading goal scorer Toby Holmes.

We hope that these articles will go some way to make up for the lack of pitch action and whet your appetite for its return, whenever that will be.

Things then went comparatively quiet for the marksman, and it was not until 25 January that he again appeared amongst the scorers in a 5-0 league win at … guess where … Dorchester! (They must love him to bits!).

Toby seems camera-shy but not shy of the net, with his opener, striking not only the first goal but also his regular pose afterwards.

All images are reproduced by kind permission of our photographers, Michael Berkeley and Roger Elliott and are copyright, so they should not be reproduced. Please seek agreement should you wish to do so, by contacting our Press Officer Alec Hayter on alechayter@gmail.com or on 07884477168 when any requests can be forwarded. The Club would like to thank Michael and Roger for the images, Alec for some of the words, and Ian Pearson for his website expertise, as part of the effort to alleviate football withdrawal symptoms! Roll on next kick off!

My kids have been missing their visits to the Ray Mac and our road trips to away games. They regularly burst into song around the house with various chants from the terrace. One of their favourites is the one we sing about Toby Holmes to the tune of John Denver’s 1971 hit “Take Me Home, Country Roads”. Why not have a sing-a-long and imagine you’re belting it out at the Ray Mac. COME ON YOU WHITES.

Miss you all. Stay safe.

Why not check out the latest odds with BetVictor?