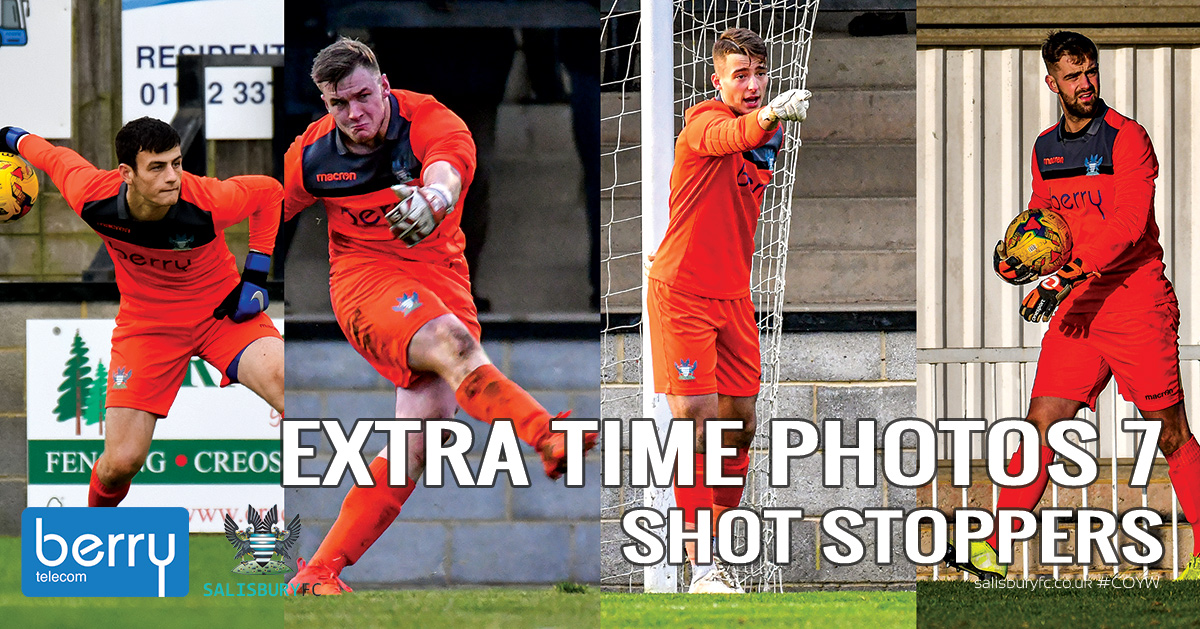 In this episode of Extra Time, we feature a range of goalkeepers from the 2019/20 season.

Goalies – sometimes you either love’em….or not! Of all the positions on the pitch, arguably these guys (of whom it is often said “you have to be mad to be a keeper”) are almost always at the centre of controversy. They have a difficult job as the last line of defence, whilst at the same time always being in the firing line. Fans mostly want to see their side attacking – hence inaction for the keeper, or, if the opposition get a sniff, then they expect an often cold, soaked, and partly unemployed team member to come up trumps. There’s hardly ever a halfway house, and keepers find themselves as heroes or villains, but seldom in between. Whereas outfielders make mistakes galore, these don’t tend to have the same serious consequences as when a keeper makes one.

All images are reproduced by kind permission of our photographers, Michael Berkeley and Roger Elliott and are copyright, so they should not be reproduced. Please seek agreement should you wish to do so, by contacting our Press Officer Alec Hayter on alechayter@gmail.com or on 07884 477168 when any requests can be forwarded. The Club would like to thank Michael and Roger for the images, Alec for some of the words, and Ian Pearson for his website expertise, as part of the effort to alleviate football withdrawal symptoms! Roll on next kick off!