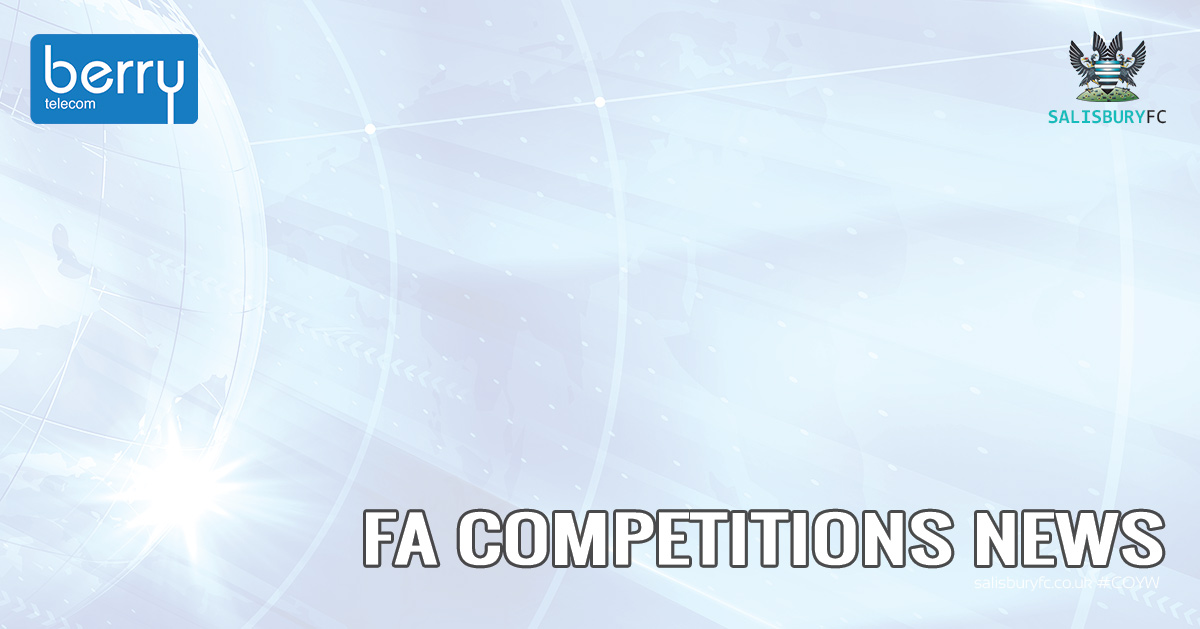 The Football Association have produced proposals for these competitions for season 2020-21, and there follow brief details (which are of course possibly subject to change, depending on Covid 19).

The Whites are exempt until the First Round Qualifying which takes place on Tuesday 22 September, with teams coming through from the Extra Preliminary and Preliminary rounds which take place on1st and 12th September respectively.

In the preliminary round stages there will be no replays, and the Prize Fund reverts to 2017/18 levels (approx 50% reduction) because of Covid 19.

Salisbury’s first involvement is in the Third Round Qualifying, which is scheduled to take place on 31 October.

Unlike the FA Cup, where it is possible that replays may take place in the Competition Proper, the FA Tropy will not have replays at any stage.

The Prize Fund has been reduced because of Covid 19, not by a percentage but by a total of approx £60000.

There is a possibility that rules may have to be changed, but any changes are as yet unknown and for the upcoming season will be issued shortly before the start of each competition.

The Whites have not entered to FA Youth Cup for the coming season.