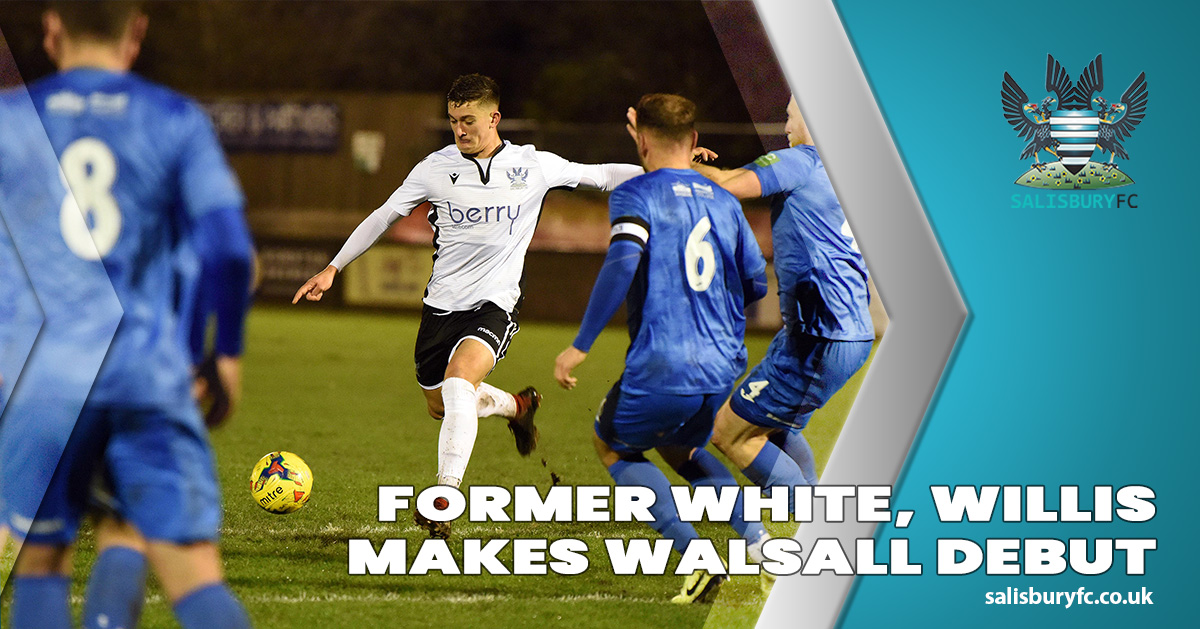 Joe Willis came to the Ray Mac on a one-month work experience during February of 2020. He featured in the squad three times and made two appearances, one start and one as a second-half substitute.

On Saturday, at just 19, he made his first-team debut for Walsall FC in League 2 as a late substitute when Walsall secured their safety in League 2 for next season with a 0-2 win at Scunthorpe United’s Sands Venue Stadium. A match that also featured the late addition of another former Salisbury FC loan player, Tom Leak and the former City defender, James Clarke.

Congratulations to Brian Dutton’s team for securing safety and to Joe on his debut.