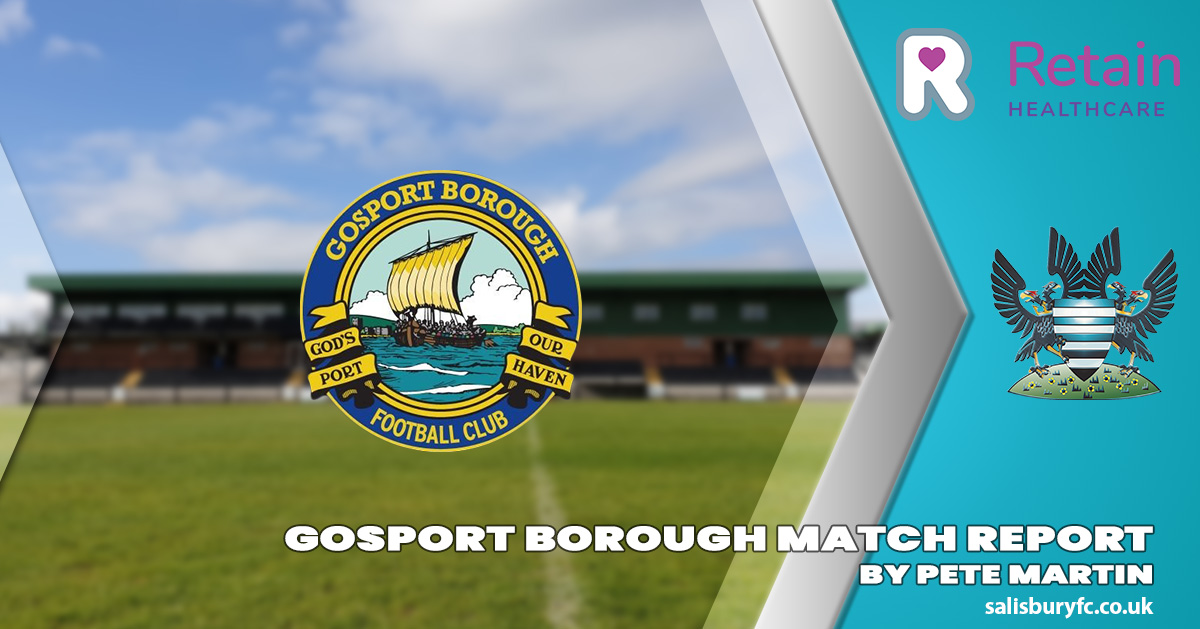 Salisbury’s New Year got off to a miserable start as they lost 5-0 at home to Gosport Borough. The Salisbury team saw 2 changes from their last game; Patrick O’Flaherty replacing Marcus Beauchamp in goal and Yemi Odubade coming in for Josh Wakefield.

Straight from the off the visitors looked lively and after 6 minutes Billie Busari got down the right to deliver a dangerous ball across which was blocked clear with Mason Walsh unable to take advantage on the follow-up. It took just a further 5 minutes for Gosport to take the lead; Rory Williams swung in a dangerous looking free-kick and the Salisbury defence couldn’t react quick enough to stop Dan Wooden from turning home to see his side take the lead. The away team continued to look the most likely to threaten and should have doubled their lead after 20 minutes when Busari put the ball wide after O’Flaherty had made a fantastic save from Wooden’s header. It didn’t take long though for them to double their advantage; despite looking offside Harry Kavanagh was on hand to follow up when Wooden’s shot was crowded out. It could have been even worse for Salisbury at halftime but Wooden’s put his header narrowly wide with 5 minutes left of the half.

The start of the second half saw the pattern of the game continue and it took Gosport just 5 mins to press home their advantage. Mason Walsh rushed clear and his cut-back gave Wooden an easy finish for his second and Gosport’s third. Gosport were in complete control and could have extended their lead around the hour mark when Busari saw his shot well saved and from the resulting corner Matt Briggs put his effort over the bar. On one of their rare forays into the Gosport half Salisbury thought they had given themselves a slim chance of a comeback, but Harry Baker saw the linesman’s flag deny him his goal following a quick break. Things went from bad to worse 2 minutes later when Elechi was shown a second yellow card and Gosport showed no mercy as they added a fourth goal with 15 minutes left. Former White’s player Elliot Wheeler saw his shot goalwards turned in on the line by Andrew Harris-Sealy and with 2 minutes of the game remaining Matt Paterson completed the scoring following good work from the impressive Busari, giving the visitors the perfect start to 2022.

Salisbury will look to get back on track next Saturday 8th January when they face a tricky away trip to Truro City. The Home game earlier in the season saw Truro take all 3 points and a depleted White’s team will look to bounce back and end their run of 5 league games without a win.