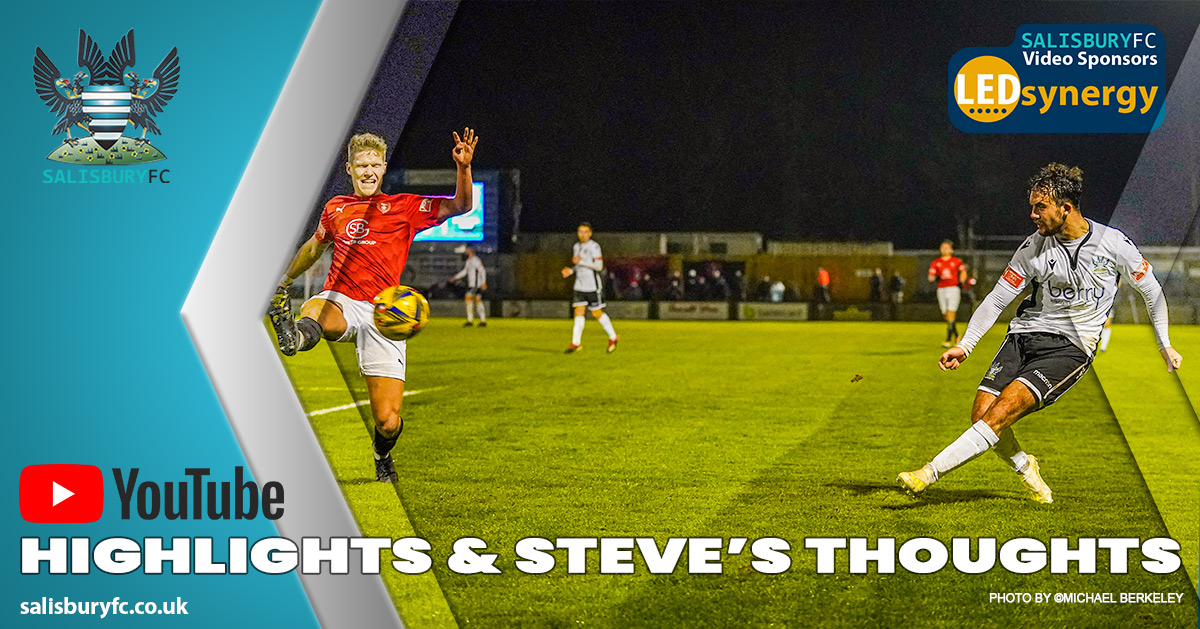 After the disappointment of our exit from the Buildbase FA Trophy, I had a chat with Steve to get his view on it.

“I’m disappointed with the result and especially the performance considering where we left off before the break. However, I thought Bracknell were very good on the night and deservedly won. Unfortunately, it was one of those games where, with a lot of the lads complaining about not feeling great and looking lethargic in their performances, it’s not too much of a coincidence to think many of the players were still feeling the effects of recovering from the Covid they had caught during the break. Even if we’d been at our best, it would have been a really tough game, and we were far from that. When you put those factors together it made for a difficult night all round.

“Without making excuses, after watching the video there was a clear handball in the build-up to their goal, which I’ve got to say was my impression on the night, disappointingly this was missed along with one or two other incidents in the game which certainly didn’t help our cause. But, taking all that into consideration, on the night, the right side won. We realise as a group there’s an awful lot more hard work to be done between now and when we start playing again to get back to the level we were at before lockdown 2.”

If you can endure it, the full match video is available with some great new interactive options where you can control the camera and view any part of the pitch.