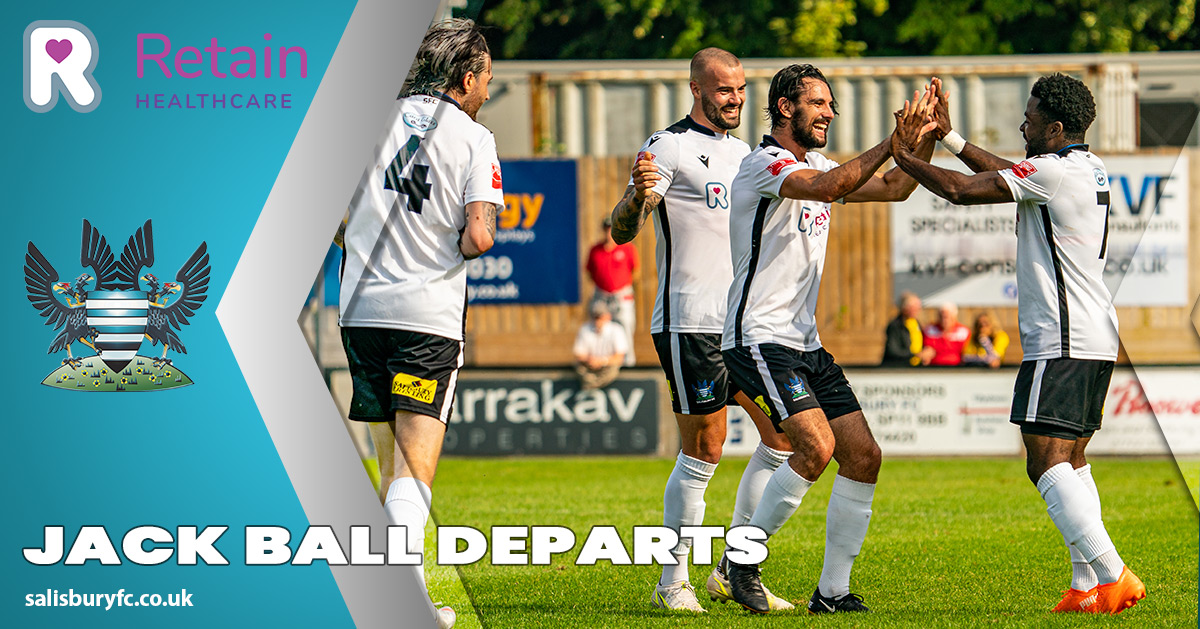 The hugely popular defender, Jack Ball has had to leave the club due to his work commitments. Having tried for some time to find the balance between his main employment and as a player at Salisbury FC, he has found it too tricky to make it work. I’ve had a good chat with Jack over the past few days and he wanted to say the following.

“Getting the opportunity to play for Salisbury and for Steve was the biggest moment in my footballing life. I was playing in the same league and always looked forward to going to play Salisbury because the ground and the supporters were at another level. So to get to do that regularly was too much to turn down.

“I always knew the travelling was going to be a challenge, but my job at the time allowed me to just about fit it in. However, starting a new career has made it nearly impossible to totally commit to Salisbury. We tried for a while to do so, but couldn’t make it work.

“To play for the club was amazing and I am very grateful to have done so. The people in and around the club are excellent. Unfortunately, the year hasn’t gone as planned, but I can say comfortably that the players at Salisbury are some of the best I’ve played with and it won’t be long until it works itself out. Thank you to the management, lads, staff and fans for having me, and I hope to return.”

I’d like to wish Jack all the best in the future. He’s always given 100% when playing and went about training in exactly the same way.

From all of us at Salisbury FC, goodbye and good luck, Jack. You’re always welcome at the Ray Mac.