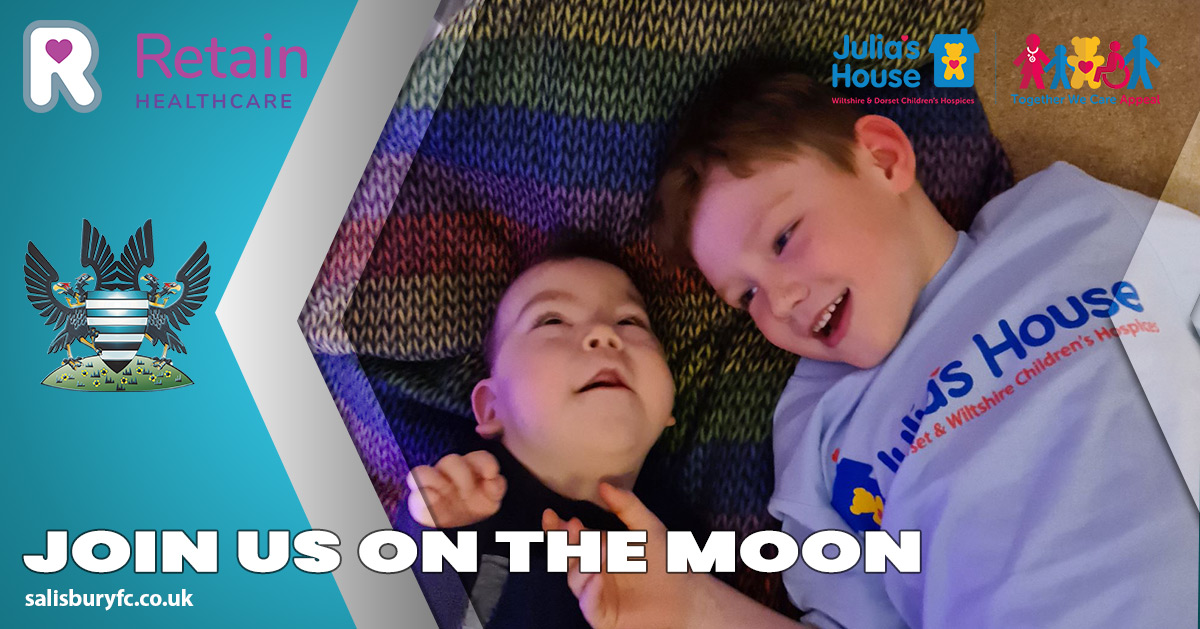 This Saturday, when we play Hartley Wintney at the Ray Mac we will be joined by an amazing family that I’d like you all to support as much as you do Salisbury FC.

A few weeks ago, Keano bounced into the office with more energy than I think I’ve ever witnessed and said “Ian, there’s this lad called Harry. He’s a great kid doing amazing things for his brother. We’ve got to get him in for a game and do something for him and his family”.

It was a good point, well presented by Mr Keane.

I’m very pleased to say Harry and his family will be joining us on Saturday afternoon. His brother, Reuben, was born with a condition so rare that it doesn’t have a name with only 17 known cases worldwide. It causes his brain to slowly deteriorate. Given the rarity of this condition, it seems unbelievable that Harry had an older sister, Olivia who had the exact same thing and sadly passed away before Harry was born at just 8 months old.

He understands what happened to Olivia and is aware that Reuben has the same condition. Everyday life consists of up to 10 apnoeic seizures for Reuben. These stop him breathing and there’s nothing that can be done other than hope and wait for it to subside and be ready to administer oxygen as soon as he takes that first breath again.

Harry sees all this as normal as he is so used to it. He knows that his time with Reuben will be limited and is so precious and makes the most of every cuddle with Reuben.

Harry’s Race Around the Moon!

At 7 years old, with all of the above on his mind, Harry is also raising money to help care for seriously ill children like his brother. A lap of the moon is 6786 miles and that is the distance Harry is going to walk. WOW! What a fantastic thing to do. He is hoping to do 1 of those miles around the pitch at the Ray Mac before the Hartley Wintney match. You can either donate via the bucket collection that will be going on at the match or visit the link/QR code below.

I had a long chat with Laura Shack from Julia’s House as we were planning all this and I could tell she was truly invested in Harry and Reuben. I don’t think any amount of amazing stories about unbelievably brave families will ever condition you. The full range of emotions will come as standard. The truly brilliant work that Julia’s House together with Naomi House and Jacksplace do is nothing short of heroic. They mean so much to the people that need them. Salisbury FC would like to thank them for all that they do.

Come to the match on Saturday and cheer on the Whites and Harry.