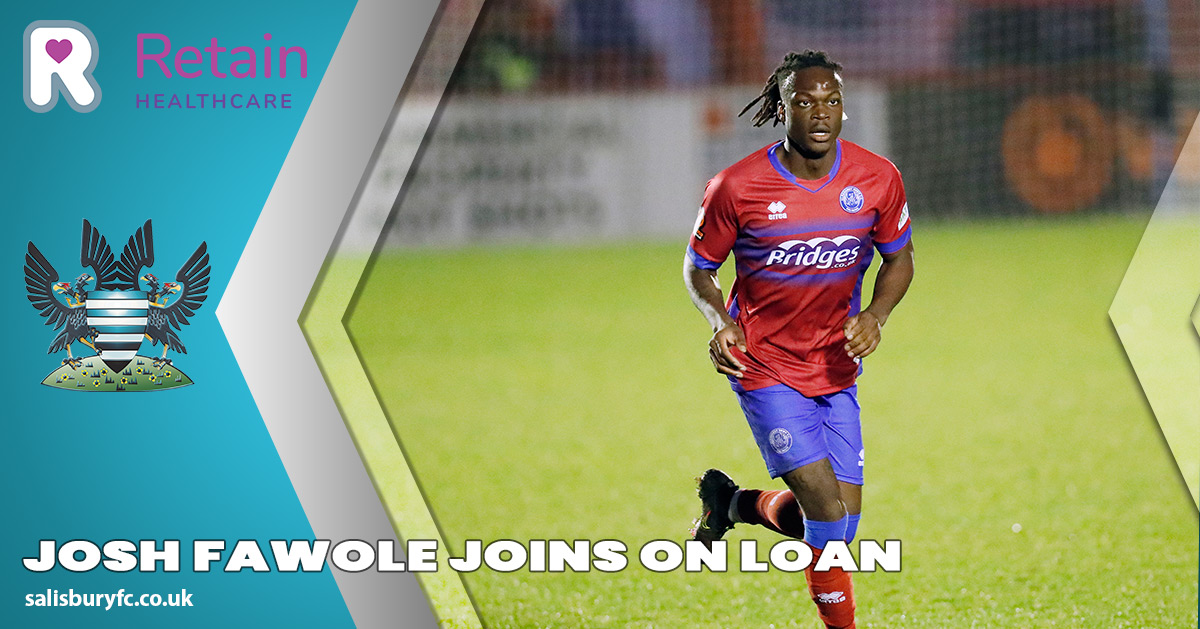 Title image by Ian Morsman. Thanks to him and Aldershot Town for supplying it.

The Aldershot Town forward, Josh Fawole has joined Salisbury FC on a short-term loan. The 24-year-old American joins us after having a loan spell at Dorchester this season and then returning to Aldershot and being involved with the first-team squad when he came on as a substitute and then made his first start in the Vanarama National League when they played Chesterfield FC.

Josh is available for our game against Chesham United. Welcome to Salisbury FC, Josh.

Devon Arnold has returned to Bemerton Heath Harlequins FC on loan with the aim that he will get regular first-team football to aid his development.

Woody Angell’s dual registration has ended with Salisbury FC as he has made the permanent move from Aldershot Town to AFC Totton. Good luck for the future, Woody.