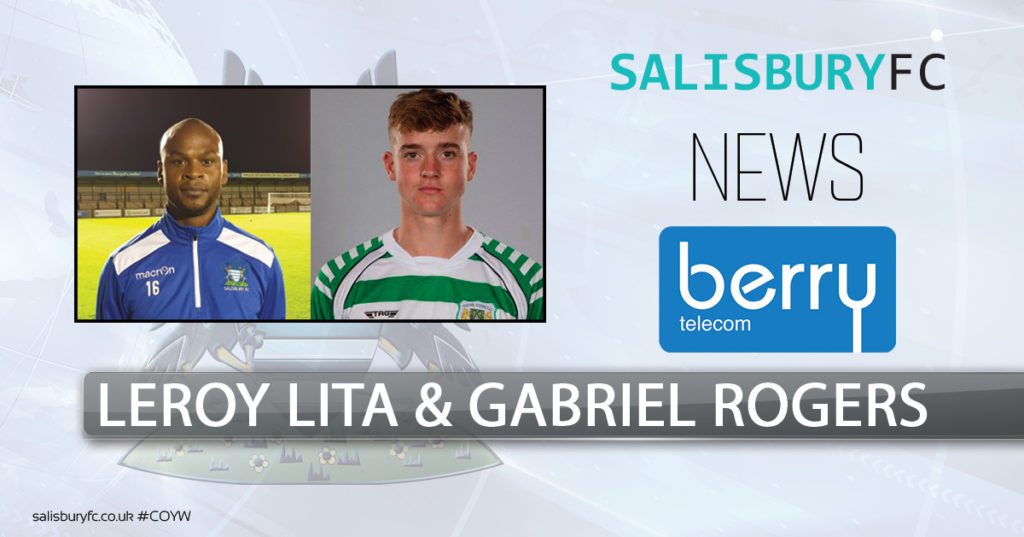 The Whites are pleased to confirm that they have completed two new signings today.

Striker Leroy Lita has joined the club, and has vast league experience including two seasons in Premier League football for Reading. He earned nine Under 21 caps whilst with the Royals and after they were relegated to the Championship he revived his Premier League involvement with Swansea City in 2011.

In all he has made well over 350 appearances in his career which included involvement at Bristol City, Middlesbrough, Barnsley, and Yeovil Town, as well as loan spells at Norwich City, Birmingham City, Sheffield Wednesday Brighton and Notts County, scoring over 100 goals. He will be a familiar name to our FA Cup opponents next week, Margate, where he played at Youth level and renewed the association by signing for them in 2018.

In addition, 18 year old midfielder Gabriel Rogers has joined on a Youth Loan until the end of October, from Yeovil Town.

Both would be available for tomorrow’s League encounter with Hartley Wintney.

Manager Steve Claridge was pleased with the signings, saying: “We have taken steps to cater for a potentially very busy period ahead, when we could be involved in two games a week. Both players trained with us this week and showed a great attitude.

Leroy and Gabriel were both eager to join us, and although initially these are short-term arrangements I am hopeful that their involvement will continue, depending of course on how things work out