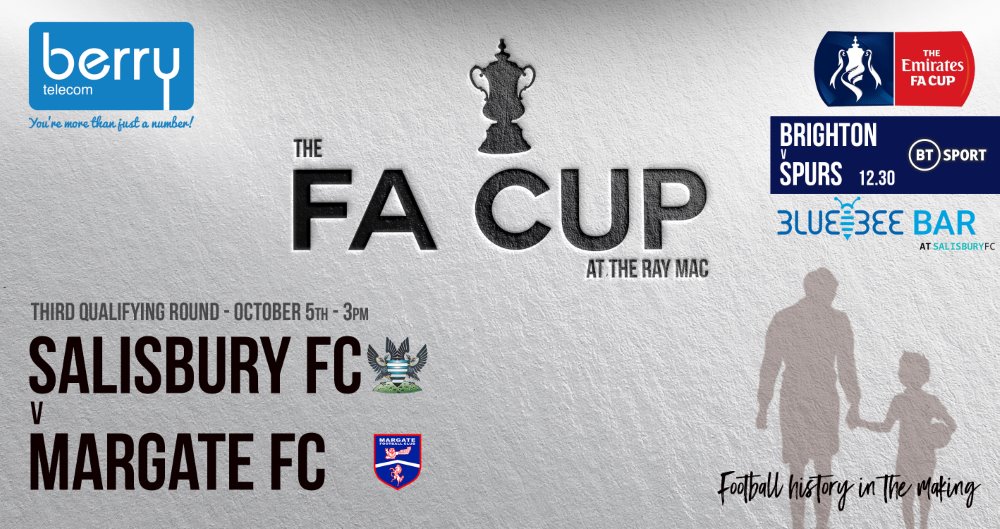 I spoke to manager Steve Claridge today about the FA Cup match against Margate this Saturday.

“I hope everyone is looking forward to the game as much as I am as it’s what the FA Cup is all about, two teams who have reached this stage and now have a realistic chance of getting further than they would’ve imagined. They’re a decent side and have got some quality players who were unlucky to lose at Carshalton last Saturday but picked up a really good win on Tuesday night at East Thurrock, two of the better sides in that division, so they’ll be really confident of getting a positive result.

“As for ourselves, We’re hoping to have players available and back from injury that had to come off last Saturday along with some of the players that we were able to rest on Tuesday meaning we hope to be somewhere near full strength.

“It’s been a fascinating run in the FA Cup so far, playing against two sides that have provided us with different problems and tomorrow will no doubt be the same. This promises to be a really exciting occasion and it would be great to have as many of you along as possible, as we’ve seen in recent weeks when you get behind the team it really does make a difference.”

Thanks to Steve for taking the time for a chat.

COME ON YOU WHITES!