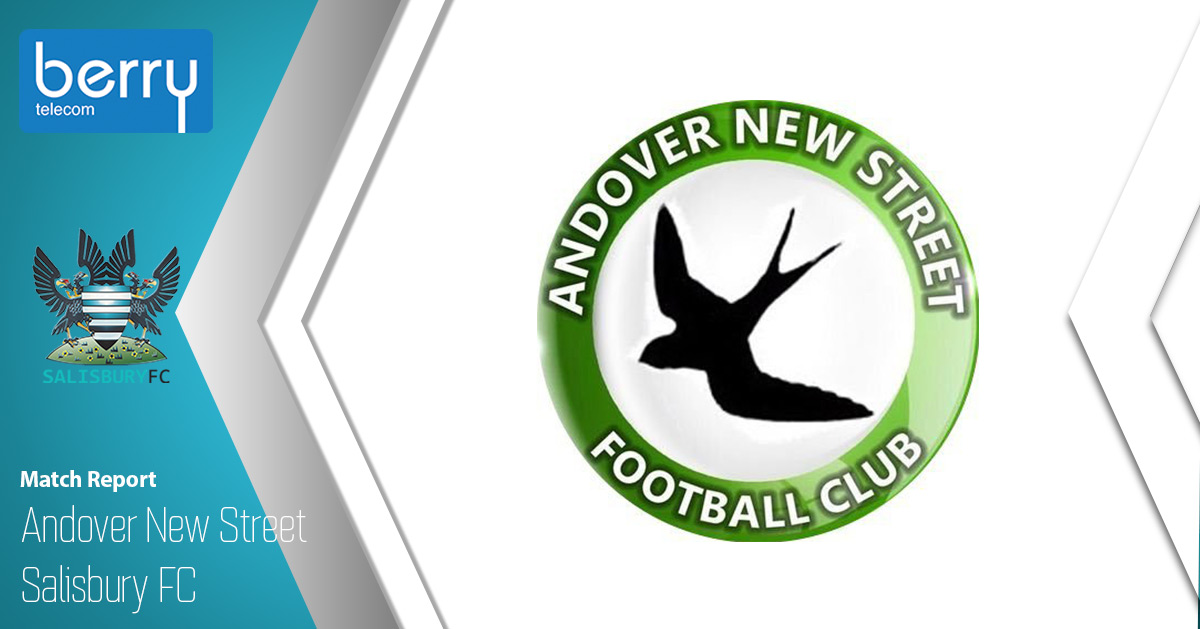 “We weren’t that good today, but it’s still all about fitness” was Steve Claridge’s comment after the final whistle. His side had just come through by three goals to nil against Andover New Street who had played well above their expected standard, that of the Sydenhams Wessex Division One, having showed, in some ways, more than had the Whites’ first two opponents, especially in terms of resilience.

There was some good football played on a good surface. During the course of the game the home side produced a couple of chances and the Salisbury defence looked comfortable although the visitors were given a good workout.

After 10 minutes Owen Taylor showed good skill, jinking his way into the box and leaving defenders in his wake before chipping the ball over the stranded home keeper Sean O’Brien, but also, unluckily, on to the top of the net.

A few minutes later the home side had a half chance when Marcus Beauchamp’s headed clearance outside his area presented Street’s Alex Dockree with the ball just inside his own half. Dockree’s long-range attempt ended up wide of the empty net.

On 27 minutes Tommy Willard’s crossshot was parried by keeper O’Brien to Harry Baker but a brilliant save denied the striker his first goal for the Club. O’Brien was again in action shortly afterwards when, following a foul on the impressive Diego Romero, Charlie Davis tested him with the resultant freekick from the edge of the box.

Eight minutes before the break the Whites opened the scoring with a move involving Taylor, Baker, and Antonio Diaz, the latter putting in Josh Sommerton for a cool finish under the keeper. Seconds later Baker was frustrated when his effort was deflected over the top and the Jamie Henry probably had the same feeling when his effort three minutes before the interval was also deflected, but Baker got the goal he desperately needed on the stroke of half-time, this time Diaz and Willard combining before giving the striker a chance in front of goal, where he made no mistake.

After half-time a long-range effort from Willard was just wide of the target and then another first-time effort from the same player caused O’Brien some difficulty.

On the hour the Street had their second chance when Brett Denham found himself in the clear, but in the one on one the striker guessed incorrectly that Beauchamp would go down early, the keeper standing up and easily clawing away the attempted chip.

Dominic Jefferies was then unlucky to see his long-range effort well saved after he had latched onto a Warren Bentley cross, but just before the final whistle Salisbury added a third. This was another goal of some significance as some midfield magic had left home defenders confused before Willard got the ball and took full advantage to shoot across O’Brien and into the corner.

The positives from the game included Sommerton showing his potential to score when getting forward (more goals please), as well as in his prime defensive role. Baker relieved some obviously self-imposed pressure by getting his first for the Club, and Willard capped a good performance with a goal that finished off some penetrating midfield play.

Fitness levels are improving all the time and it’s no secret that the earlier games are all against lower league opposition for that purpose. The first real tests will start with the game away at Hungerford on 29 August, but there is every reason to have confidence in the abilities of Steve Claridge’s squad to be ready then.

Having been denied the opportunity to play Llantwit Major next Saturday a friendly match has been arranged at home to Downton on Wednesday 19 August.