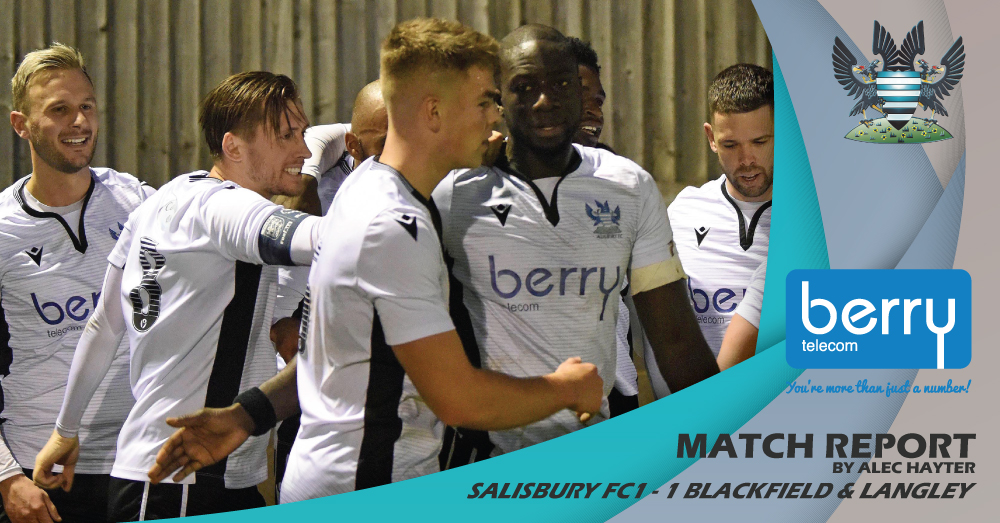 Two very average teams produced a worse than average contest which ended in a 1-1 stalemate. Yes, there were some particular circumstances whereby the Whites were deprived of Bay Downing and Lewis Benson, but things were not improved as two of the better performers on the day in Josh Sommerton and Gerard Benfield both found themselves attending hospital before the end, and if that was not enough, Dan Fitchett saw red along with the Watersiders’ Josh Harfield to see the game end 10 versus 9.

Before the match had even started Marcus Beauchamp, named in the starting line-up, had to sit it out on the bench following a groin injury sustained in the warmup. When the game did get underway there was very little quality on show against a side struggling in the lower reaches of the table. The one point gained seemed more like a loss and another good chance to challenge for a play-off place went begging.

The visitors showed first and Benfield did well to push over a fierce Harfield free kick on 17 minutes, but the only real threat on the visitors’ goal in the early stages came three minutes later when Aaron Dawson curled in a cross for Toby Holmes, at the near post, to loop the ball over the top. A further 15 minutes passed before more goalmouth action, at the wrong end for Whites’ fans, saw the home keeper quickly established himself as the likely man of the match, which he eventually turned out to be. Lewis Waterfield had an opportunity in front of goal but Benfield had advanced off his line and made a superb block, and as if that was not enough in itself, he got up quickly to do the same with Sam Griffin’s follow-up attempt.

And that was really all the action in the first 45 minutes, with most of the play in the meantime having been a catalogue of giving the ball away cheaply – a fault displayed by both sides but disappointingly by one more than the other!

Just after the hour mark the goalmouth action, such as it was, resumed and again it was at the wrong end as far as Salisbury supporters were concerned as, all of a sudden, Waterfield found himself through a gaping defensive hole, and one-on-one with Benfield. Perhaps the youngster had too much time to think about it, but while he was doing so Benfield was in no doubt as to what he needed to do, and again came off his line to brilliantly thwart the attacker. So on no less than three occasions the Whites had ridden their luck, but even that was about to run out.

On 63 minutes Hisham Kasimu was in front of goal and about to pull the trigger, but Sommerton, who had looked composed in his first match on his return from injury, produced a superb last-ditch tackle to clear the ball away. Unfortunately, in doing so, the young full-back suffered an injury which saw him stretchered off the pitch with what looked like a nasty injury. Hopefully it is not as bad as it appeared.

In a brief flurry of positive action, Dawson tested keeper Lewis Noice with a shot on the turn but the keeper managed to touch the ball onto the bar, with nothing coming from the resulting corner, and by this time a generally sterile display from the Whites, coupled with the visitors’ inability to take their chances had seemed to indicate that the final result would be a goalless draw.

Salisbury flickered briefly into action with Shaquille Hippolyte-Patrick working his way along the edge of the box on 71 minutes before putting his effort disappointingly over the top, but he then made up for that with a well-aimed corner to the far post for Kevin Amankwaah to belt the ball in at close range three minutes later.

The sense of relief was quickly tempered, however, as at a time when all substitutes had been used Salisbury were reduced to 10 men following an unfortunate injury to Benfield who suffered a dislocated finger – painfully confirmed by its awkward angle seen as he left the pitch. The Whites therefore faced a difficult final period of the game being a man short, and Owen Howe was forced to go between the sticks.

If anyone thought they had seen everything, then they were wrong as with four minutes of normal time remaining, red mist descended upon Dan Fitchett and Harfield, with a red card being brandished to each. It was now 10 versus 9 and perhaps it was a bit much to expect the Whites to survive eight minutes of added time. It was also hardly surprising that the Watersiders were able to equalise two minutes into that added time, and did so courtesy of some poor defending when a chance to clear a cross was missed, the ball landing obligingly at the feet of James Orvis who, like Amankwaah earlier, could hardly miss.

After a poor match I think it’s true to say that no-one could have begrudged the visitors their point, and in fact, they might have taken a bigger reward back to Hampshire had it not been for Benfield’s efforts, but for home fans the lasting memories of the day will be a poor game and the unfortunate injuries sustained, plus of course the red card to Fitchett which will mean a three match absence starting next Saturday.

A very rare event will occur during the next week when I will actually miss a Salisbury game, so purely out of selfishness and bearing in mind how susceptible Poole Town’s pitch can be to the weather, I am doing a rain dance in the morning to encourage a postponement to a date when I won’t miss the encounter! If I could be there on Tuesday, I would be, and if the game goes ahead, I really hope you will be in, order to lend your support. From all points of view today was the proverbial “bad day at the office”, so let’s move on in the hope of better things to come.