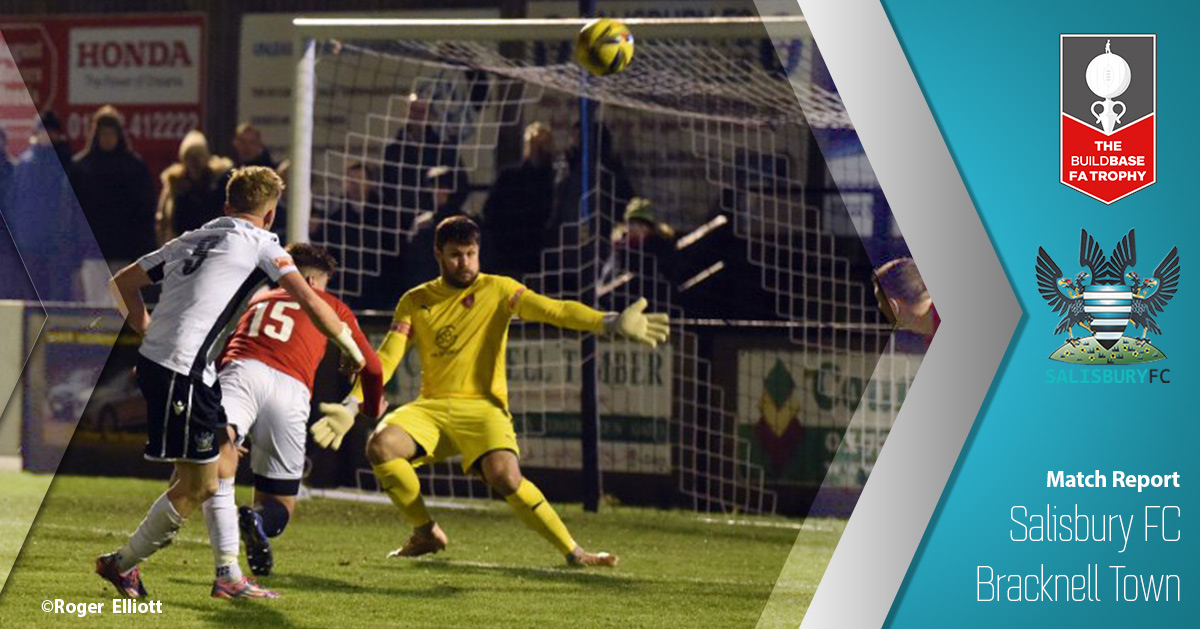 THE Whites exited the FA Trophy on Tuesday night after a 1-0 defeat at a freezing cold Ray Mac.

The second lockdown seems to have come at the worst possible time for the Whites, who were in excellent form when play was suspended.

It was a narrow defeat, and we can point to a possible handball in the build-up play to the only goal of the game, as Bracknell took the win.

Keeper Alexis Andre Junior was called into action after just four minutes, with a good double save, the second with his feet from forward Grant, who should’ve scored.

Bracknell were much the brighter of the two sides, and had more chances come and go in the opening 10 minutes, before an enforced substitution – Platt going off with what looked like a hamstring problem.

It did look as if substitute Moore had handled the ball as he ran down the wing, but appeals to the referee fell on deaf ears.

A tackle was then evaded, before the ball was fed to Rees, who sent the keeper the wrong way. To be fair, it was a deserved lead.

Two minutes later, Moore went in the book for flooring a Salisbury full back after a pass back to the keeper. The first card in a fractious affair.

It took 20 minutes for Salisbury’s first meaningful shot to come, which sailed over the bar without troubling the keeper.

Bracknell continued to threaten, with Grant taking down a long ball wonderfully, before hitting his effort into the side netting.

On the half hour mark, an excellent chance came and went for Baker – the frontman was fed in down the right, twisting and turning, putting the centre back on his backside, but found his shot blocked and out for a corner. The corner was collected by the keeper.

Four minutes later, Town very nearly doubled their lead, almost squeezing in a corner on the near post, confusion seeming to mean no Whites player picked up the runner. Seconds later, Alexis saved another chance. Half time, and the visitors went in 1-0 up.

First ten minutes of second half was in much the same vein as most of the first, with Bracknell the team on the front foot, looking most likely to score, testing the keeper. Salisbury seemed bereft of ideas and unable to string two passes together.

Salisbury’s best chance of the game so far came after 68 minutes, with Diaz played through on the counter-attack, running the length of Bracknell’s half, one-on-one with the goalkeeper to the left of the 18-yard-box, and slicing it very high and very wide with his left – Baker was unmarked in the centre.

Brooks nearly equalised on 74 minutes, but a superb diving save from Scott denied him.

Baker had another chance to score before the final whistle – which actually came about 40 seconds early, the referee choosing not to play the allocated five minutes of added time.

In the end, Salisbury can complain about a possible handball for the goal, among other dubious decisions from the referee, but, to be fair, it was a deserved win for Bracknell Town.