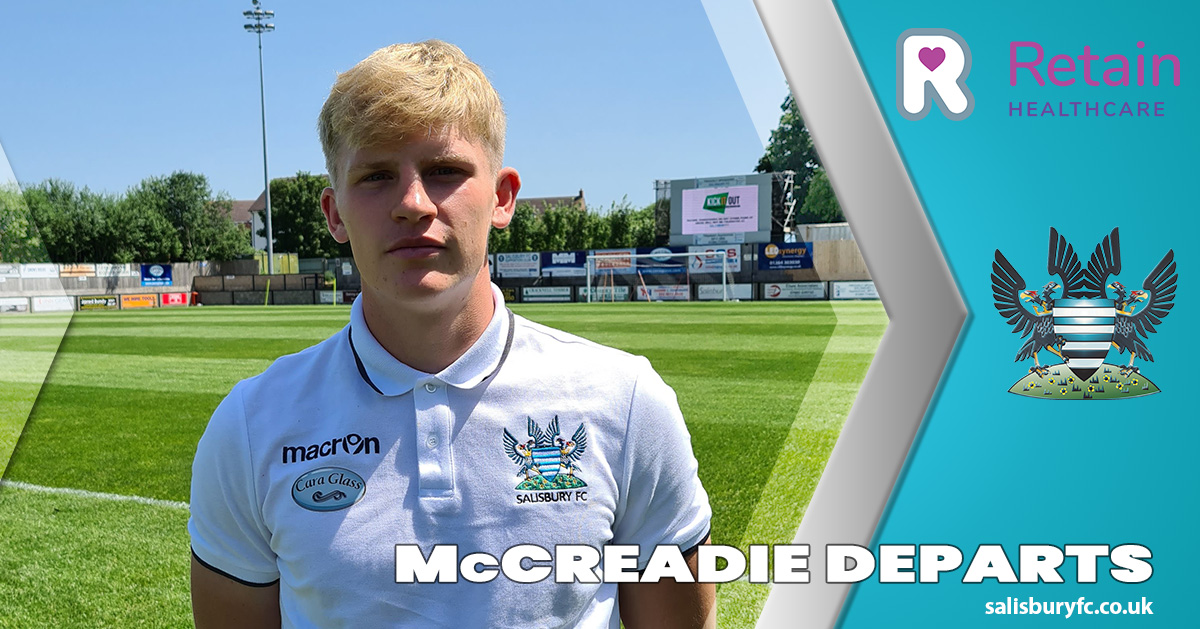 Aaron McCreadie has left the club by mutual consent. Aaron has a hunger to play as much football as he can and it couldn’t be guaranteed at Salisbury FC. McCreadie has moved to AFC Portchester where he hopes to be more involved.

Salisbury FC’s manager, Steve Claridge said, “I admire the lad, he has the right attitude. He just wants to play football and I understand that. He wants to be on the pitch more than I can promise him so he’s moved to a club where he should get more minutes.

“I like Arron, he’s a nice lad and I’d be the same if I wasn’t playing. I wish him well at Portchester”