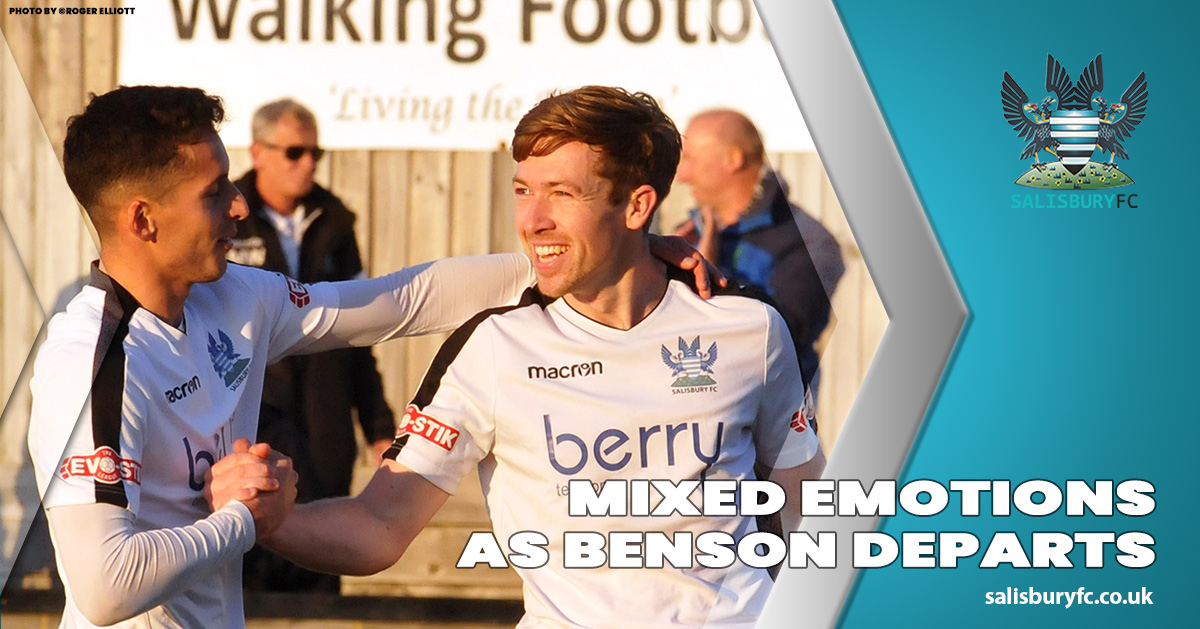 It is with some regret that the club announces the departure of Lewis Benson.  Since his Debut v Evesham United on the 6th August 2016, which was the first match of the second season, Lewis has been one of the mainstays of the club making 209 appearances and scoring 46 goals. Many of the attacking midfielder’s goals have come from his trademark free-kicks. He’s extremely popular with supporters and will be missed by all of us.

Lewis has been offered and accepted a Head of Football position at a prestigious College in the South East.  This role will make continuing playing for Salisbury impossible.  It is, therefore, with some mixed emotions the club wishes Lewis and his family well for the move away from this area.  Lewis will still have family in this area and there will always be a warm welcome at the Ray Mac if any of those visits coincide with a home game.

I had a chat with lewis today and he wished to say the following. “So many people to thank as Salisbury as a club has so many great people. A massive thank you to the Gaffer for what he has done for me, backroom staff, everyone behind the scenes, players and of course the fans who have been unbelievably supportive during my 5 years at Salisbury.

“I’m genuinely sad to be moving on but wish everyone, staff, players and fans all the very best for the future. I’ll be back soon and look forward to supporting the lads and watching them climb up the leagues like I know they can do. Thanks again, everyone! COYW 🐼”