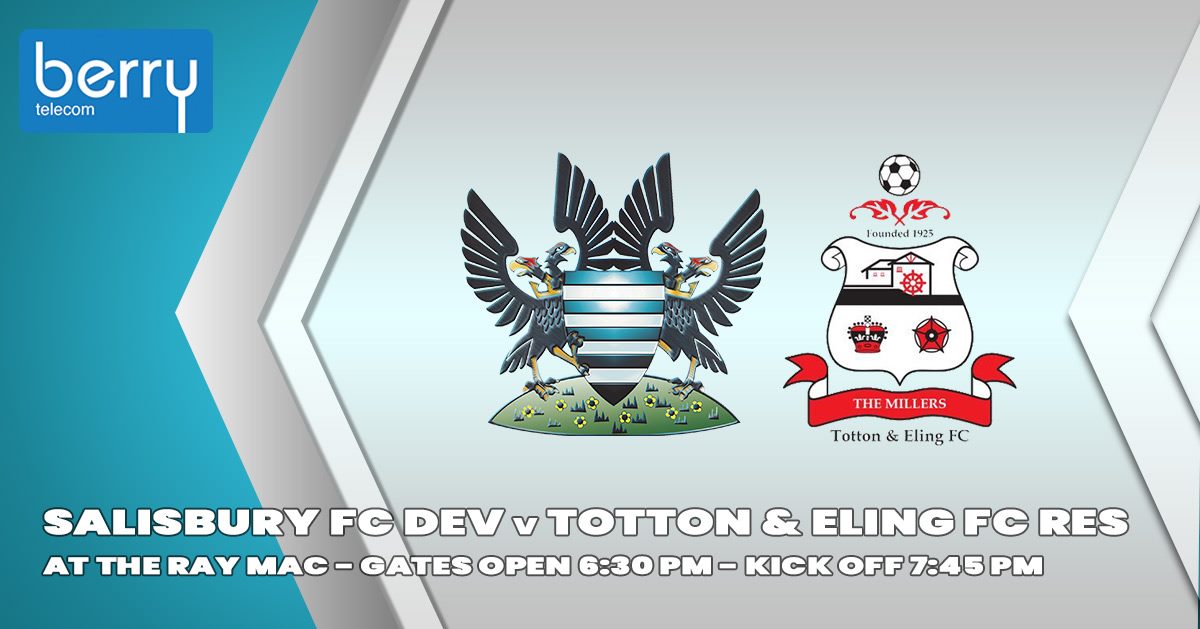 The development squad start their season this coming Tuesday evening under the lights at the Ray Mac in a ‘Hampshire combination premier league’ fixture versus Totton and Ealing FC reserves.

The whites go into this season with a fairly new squad with a mix of players. Some that have been at the club since as early as under 6’s, 7’s. Some that have returned as 19-20 year olds and a few new lads that have impressed in pre-season.

Manager Mark Winter says; “Steve, the chairman and myself were adamant when we re-started the development squad it had to be young and mostly local players who can still improve and develop and have the potential one day to make it into the first team here at Salisbury”. Getting excellent local talent that can follow in the footsteps of Josh Sommerton has to be the aim of the club for the long term.

This is a ‘development squad’ after all, and is a project to develop players that can, and importantly still have time to improve their game. The adjustment to men’s football is a big step for young players and that can’t be stressed enough. The whites are very likely to be the youngest squad in the premier league this season, but that in it’s self is a challenge the players and staff are relishing.

The development squad will be at the Ray mac for the most of it, their home fixtures this season. The majority of those will be on a Saturday afternoon’s when the 1st team are away. So if you don’t travel to away games and still fancy your Saturday football fix this is a chance to get it at the Ray Mac.

Your support for these games is very important to help keep the costs to the club to a minimum. We are also indebted to the volunteers that will help get these games on and give the lads the opportunity to play at the Ray Mac. If you feel you can help out, be it on the gate, in the tea hut, especially if you have a food hygiene certificate, or in any other role please get in to touch with the club. Your help will be massively appreciated.

As ever in these current times, we will need to take name and contact phone number for all people attending the match.

Prices
Adults: £4
Concessions: £2
Entry will be by cash on the gate

Tea hut 1 will be open for hot and cold drinks and cold snacks. The bar won’t be open for this one, but may be for future games if the demand is there.