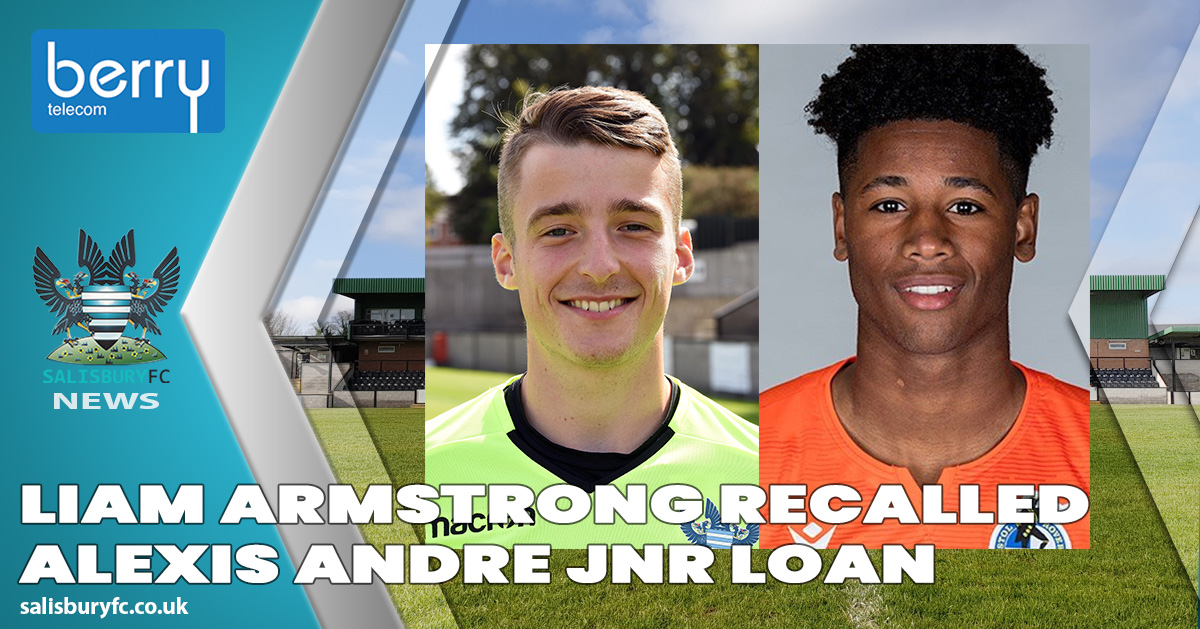 Bristol Rovers have recalled loan goalkeeper Liam Armstrong with immediate effect, and the Whites would like to wish all the best in his future career, and thank him for his help during his short spell with us.

The Club is pleased to welcome another Rovers’ keeper, 23 year old Alexis Andre Jnr, who has joined on loan.

Andre (pictured) made one appearance for the Gas in September 2017 against Walsall, and has had loan spells at Paulton Rovers, Tiverton Town, Yate Town, and Truro City, where he spent two months at the end of the 2019 season.

He was also called up for the Moroccan Under 23 squad in October 2018 for games against Algeria and Senegal.

He will be available for the Whites’ game at Dorchester Town on Saturday, subject to FA and League approval.