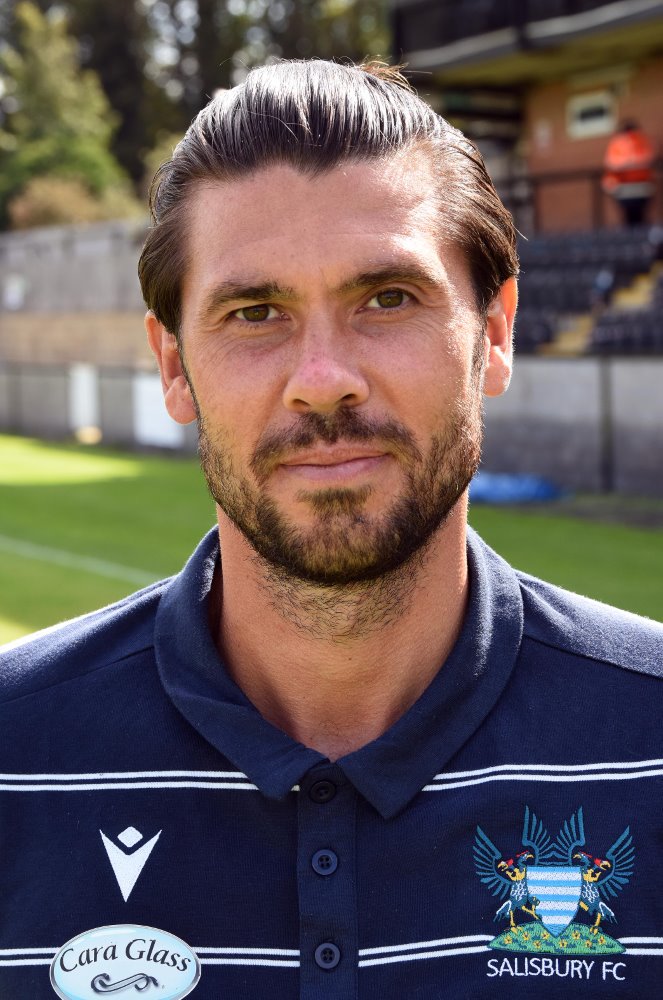 Began his career at Bristol City as a youth team player, but after being released in 2005. He was offered a trial with Bournemouth. After impressing during the pre-season friendlies he was given a short-term contract, finding himself in the first team soon after. He made his debut in the First Round of the Football League Cup in a 4–3 penalty shoot-out win over Torquay United in August 2005, before being rewarded with his first start against Chesterfield. Callum’s fine displays in February 2006 earned him a call-up to the Wales under 21 side against Paraguay, but he was unavailable to play as the Cherries were then experiencing an injury crisis. He was released in May 2007 and joined Weymouth on non-contract terms in November, but left the Terras the following February to join Farnborough. Callum played just 37 minutes for them during a 1–0 win over Banbury United before deciding to seek a professional contract elsewhere. He joined Bath City in October 2009 on non-contract terms but soon left the club for Weston Super Mare. He re-joined Bath City prior to the start of the 2010/11 season but then moved on to Salisbury City in March 2011. After being dogged by injury for the closing months of the season, he signed non-contract terms with Salisbury ahead of the 2011/12 season, to prove his fitness. After some outstanding performances, he accepted a one-year deal but shortly after doing so suffered a serious knee injury, ruling him out for the rest of the season. He returned the following season and was once again invited to prove his fitness, initially signing on non-contract terms before being offered a full contract after a successful pre-season. The 2012/13 and 2013/14 seasons saw him feature regularly in the first team, starting the majority of matches, and he signed a new contract ahead of the 2013/14 season but joined Sutton United on the demise of Salisbury City.