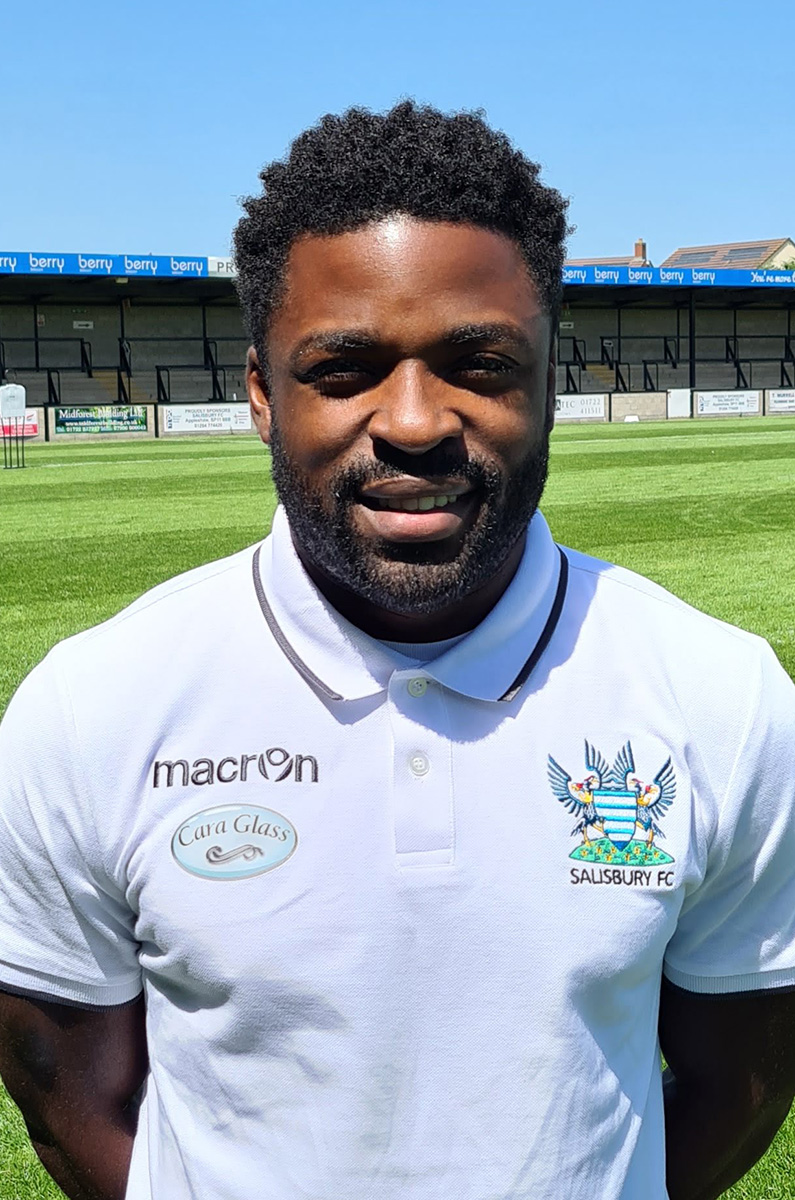 Signed from Weymouth F.C in September 2020. Emmanuel started his career in 2002 with Eastbourne Town where he scored over 70 times in 2 seasons before joining Yeovil Town in July 2004. He left Yeovil Town in February 2005 and joined Eastbourne Borough. During the 2005 – 2006 season, Emmanuel impressed Oxford United manager Brian Talbot in 2 F.A.C ties, and he joined Oxford United 2 months later for a fee of £25,000. He spent 3 and half years with Oxford United before joining Stevenage Borough on a free transfer in May 2009. In January 2011, Emmanuel signed for Newport County on loan for the rest of the season. He was released by Stevenage Borough in June 2011 and joined Gateshead where he spent 2 seasons with them and spent a short time on loan at Forest Green Rovers. In May 2013, Emmanuel joined Eastleigh F.C and stayed with them until joining Maidstone United in September 2016. After one season, he joined Eastbourne Borough in July 2017 and later went out on loan to Weymouth in December 2018. Emmanuel made a permanent move to Weymouth a month later. He works hard, has an eye for goal and a great acquisition for Salisbury FC.