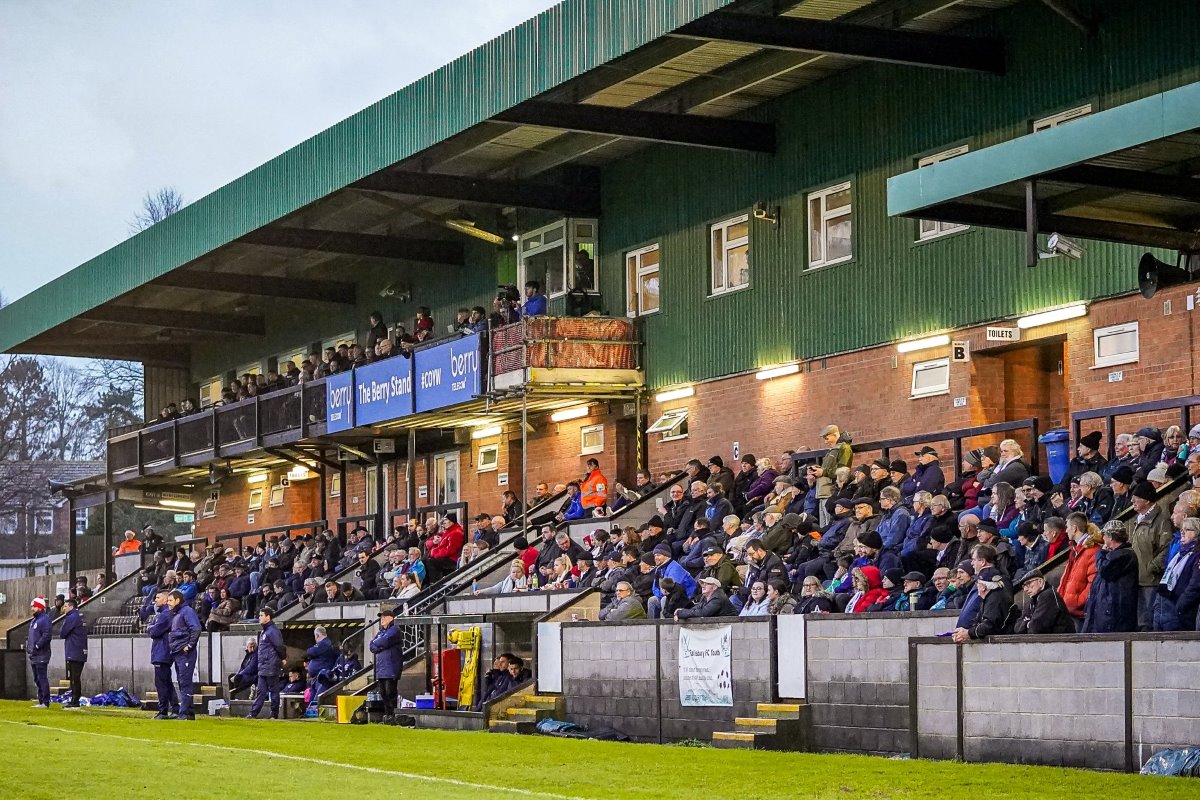 In 1997 Salisbury City moved to the stadium which was purpose built at Old Sarum, and was named after the then chairman, Raymond McEnhill. The stadium capacity is officially, 4,000, although it is technically able to hold 5,000, with covered accommodation for 2,247 fans. The stadium has achieved the ground ‘B’ grade standard. A then record crowd of 2,570 saw the FA Cup first round 2–0 defeat by Hull City in 1998. This figure was beaten twice in the 2006-07 FA Cup. On 11 November 2006 a crowd of 2,684 saw Salisbury beat Fleetwood Town 3–0 in the First round proper. Then in the Second round proper a crowd of 3,100 saw Salisbury draw 1–1 with Football League One club, Nottingham Forest. The record league attendance at the stadium was set on 28 December 2009 when a crowd of 2,677 saw Salisbury draw 1–1 with Oxford United in a Conference Premier match. On 12 May 2013 a new record attendance at the stadium was set when 3,408 spectators turned up to watch Salisbury beat Dover Athletic 3–2 in the Conference South play-off final. This win earned them promotion back to the Conference Premier, after two seasons in the Conference South.