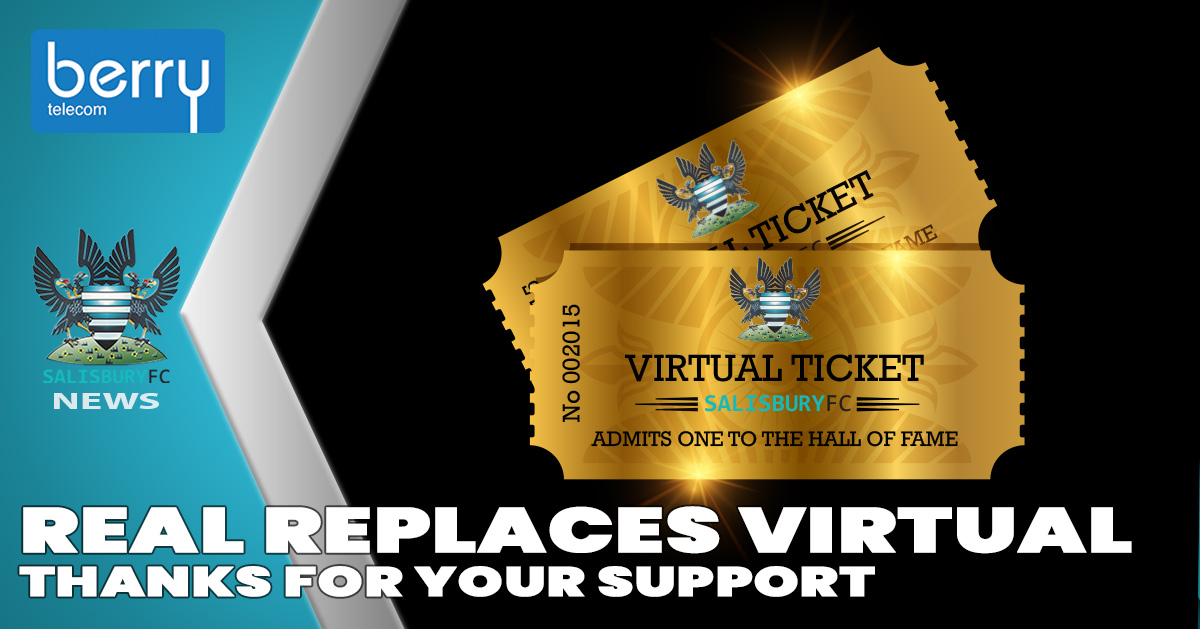 We are finally welcoming fans back to the Ray Mac and to see the ground with supporters in it again will be amazing. You all know how the past six months have gone. It has been a crazy time.

When the country went into lockdown, our supporters were on the ball and knew it would be a problem for non-league football clubs. We had requests to set up a Just Giving page. We discussed this at the club but decided it didn’t feel right. That is when we developed the Virtual Ticket idea. Initially, it was because a few people requested to pay for the matches they would have attended at the end of last season. It developed into much more.

We liked the idea that although we couldn’t give a huge amount in return, we could give some recognition with the Hall of Fame. After the initial donations for matches that would’ve been, you didn’t stop. I have to admit that the response has blown me away.

We have had constant donations throughout and it has spurred all of us volunteers on to keep producing content, painting, building and fixing.

When the preseason friendlies started, I knew that if I was at home I’d be fed up not to be able to get to the match. I managed to get the kit together I needed to stream the games live. Again the support through virtual tickets was unbelievable. It was a huge help as all matches incur costs even when played behind closed doors.

Now that real tickets are being purchased, we’re bringing the virtual tickets to an end. Hopefully, we’ll never need to bring them back and we can continue to slowly return to normal. 417 tickets have been purchased which has raised just short of £4000 for Salisbury FC. I will update the Hall of Fame over the next few days and it will remain on the website and will be framed and hung in the bar. Thanks to Trevor Purse for his framing skills.

THANK YOU ALL FOR YOUR SUPPORT

“On behalf of the Club, I would like to say a big thank you to the many of you who have contributed over the past few months by purchasing Virtual Tickets for games you could not attend.

“There is no doubt the 2020/21 season will be financially hard for all non-league clubs but your support at a difficult time proves the importance of the club in the community.

“Also a big thank you to Ian Pearson for organising the ticket sales and streaming our friendlies this month.

“Hopefully, the return of fans to the stadium will operate smoothly but we are required to follow FA and Government rules on social distancing so there will be changes we cannot overlook – and the health of our fans is of paramount importance. So now real tickets, not virtual ones and I hope you enjoy watching live football at the RayMac over the forthcoming weeks and months.”