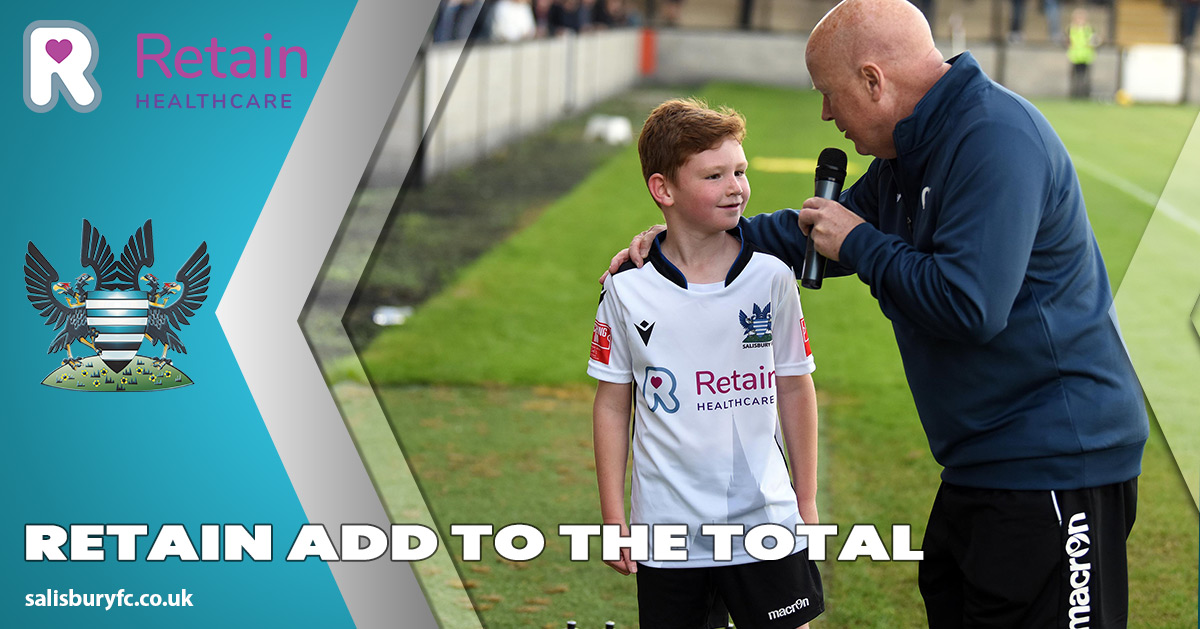 After the fantastic fundraising efforts of Harry Byrne last weekend and the generosity of supporters, both clubs, the players and the Supporters’ Club, David Trowbridge the CEO of our main sponsor, Retain Healthcare contacted me. It was one of the first matches that Retain haven’t attended this season but David followed our coverage of the day via our reports and all the great posts that appeared on social media about Harry’s run around the Mac and the moon.

I am so pleased to announce that Retain Healthcare has donated an additional £500 to the fundraising which now takes Saturday’s total to over £1500 and Harry’s overall total to more than £6,740.

To have a club partner like Retain Healthcare that is willing to join us in what we support and take a keen interest in our club and community is really important to me and all of us at Salisbury FC.

Laura Shack from Julia’s House said “That is so generous!” and Harry’s mum, Sophie Byrne said “Wow!!! That’s incredible!” she later told me that Harry has made something for David. I better not go into detail as I’m not sure if he’s received it yet.

Once again, thank you to all that got involved on Saturday and to Retain Healthcare for donating also.