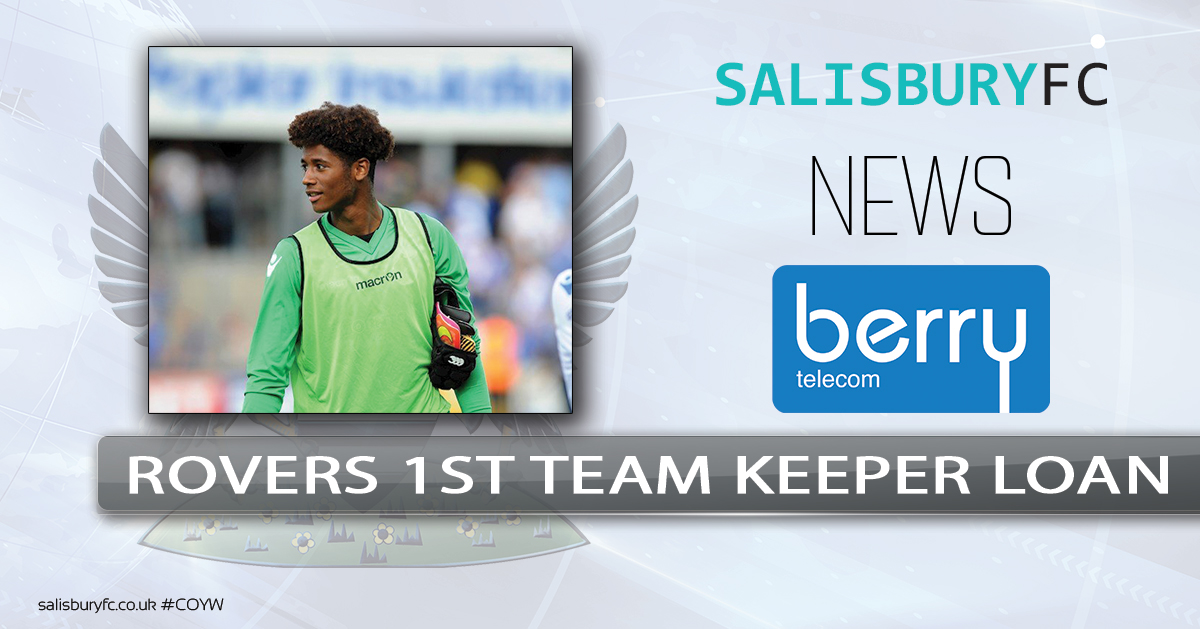 The Whites have taken 22 year old goalkeeper Alexis Andre Jnr on loan from Bristol Rovers. Andre has been under the wing of popular ex-Salisbury goalkeeper Steve Mildenhall and proved an instant hit with “Gas” fans after a brief first team appearance as a substitute against Walsall.

He is a highly rated youngster whose career is being enhanced by a series of loan spells with teams at Southern League level, at Paulton Rovers, Tiverton Town, Yate Town, and Truro City.

Thanks to Bristol Rovers for the use of their image.