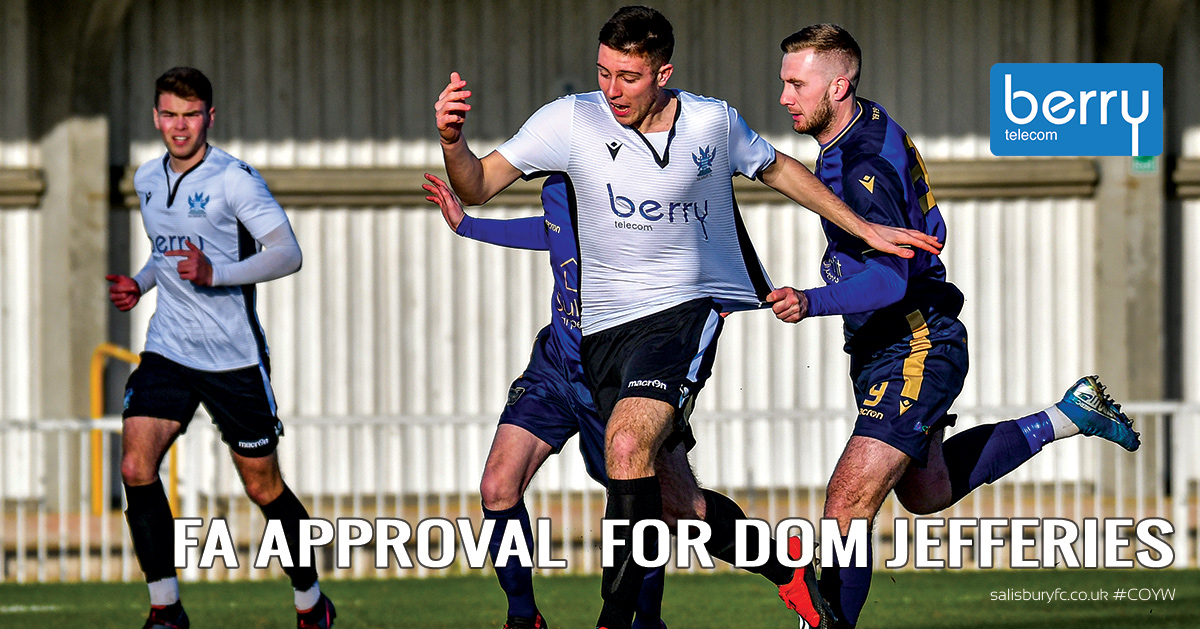 The Whites are very pleased to confirm that they have now completed the acquisition of 18 year old Dominic Jefferies following FA approval.

Jefferies was released by Newport County AFC at the end of season 2019/20, and had enjoyed a two match loan spell at Salisbury, during which he impressed in midfield and also scored in Salisbury’s 5-0 win at Dorchester.

He was recalled by County to play in their Leasing.com Trophy Final against Salford City, and whilst with Newport made five first team appearances.