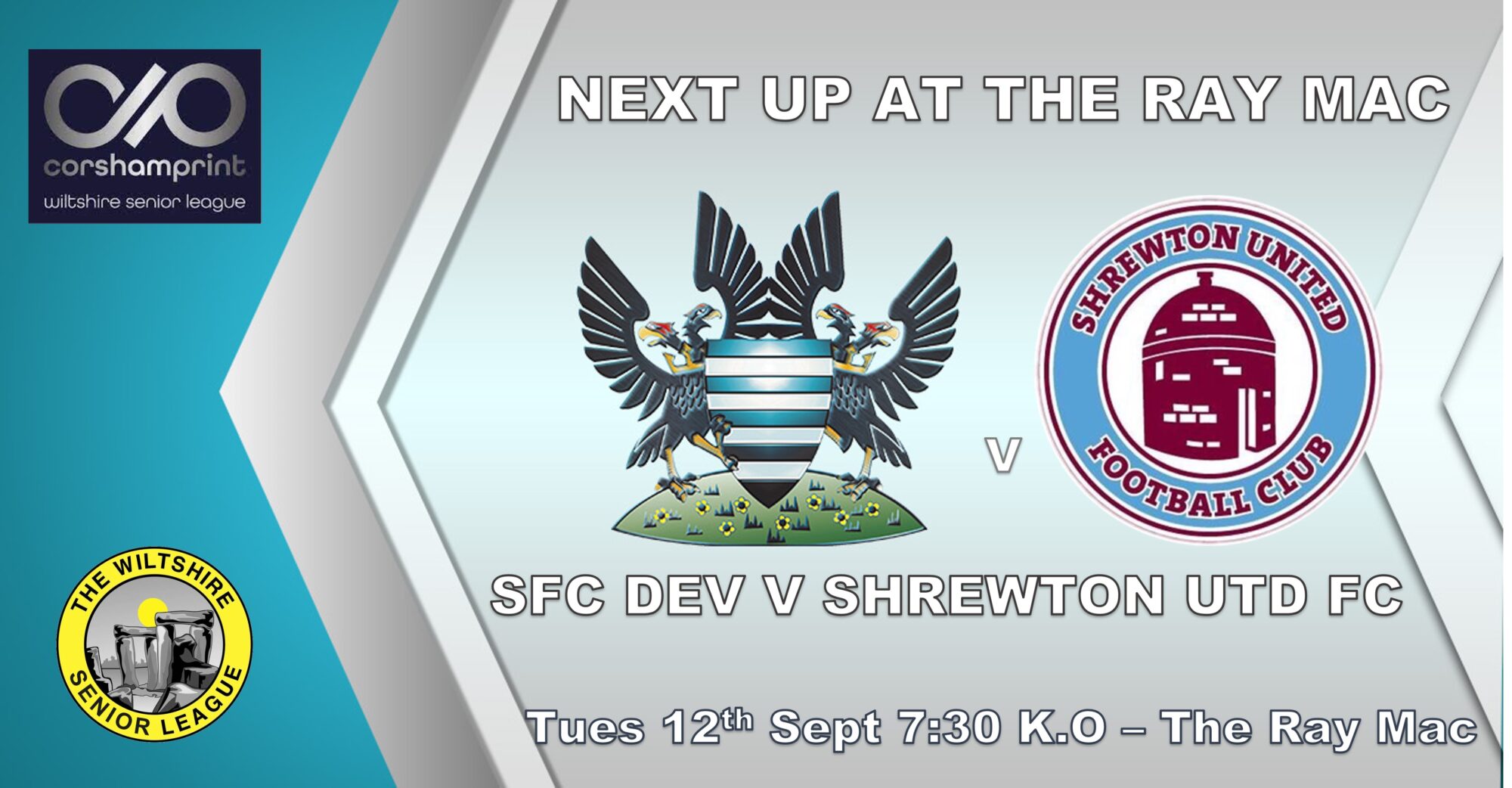 The Whites development squad return to the Ray Mac this Tuesday for a Wiltshire premier league derby v near neighbours Shrewton United. As ever in games between two sides not just close in proximity but divided by just one place and one point in the table in the table going into this game.

The Dev currently sit 7th in the table one point behind United but with 2 games in hand and up to 4 games in hand on the teams above them. 3rd place and a potential promotion place as it stands remains in the Whites hands.

Every player will need to ensure their 2nd half performance from their trip to Bath on Saturday is what they bring into this game, not that of the first half when the only positive for the coaches was the fact we ended it 3-1 up. A worldy from Will Waterson from 30 yards, a great finish from Layton Tulk and a cracking climb from Aiden Savage at the back post to head home meant the better side in the opening 45 found themselves 3-1 behind at half time.

Let’s just say the talk in the changing room at the break was blunt, direct and leaving the squad in zero doubt that they had to approach the 2nd half vastly different to what we had just witnessed. In short the worst 45 minutes of the season to date.

I am still not sure how it is possible to score 3 in 3 minutes when that includes the home team kicking off three times too, but from the first whistle, the press from the front 4 and the midfield was rapid, determined and devasting. Odd Down didn’t know what hit them, I can though, it was a group of players that knew in the first half they didn’t do themselves or the club justice and all to a man had a point to prove. Boy did they do that, and no more so than leading scorer Devon Arnold as he bagged all 3 goals in 3 minute period which would have no doubt knocked the stuffing out of Odd Down. The rest of the half the whites returned to their possession-based game and should have added to the six goals but for brave defending from the hosts.

That’s the form that they will need to take into the Shrewton encounter at the Ray Mac on Tuesday night. One thing for sure is there will be goals and entertaining football, this side has delivered that all season and have no intention of failing to deliver now. Although I doubt we will see a more electric 3 minutes than that unleashed in Bath for a very long time.