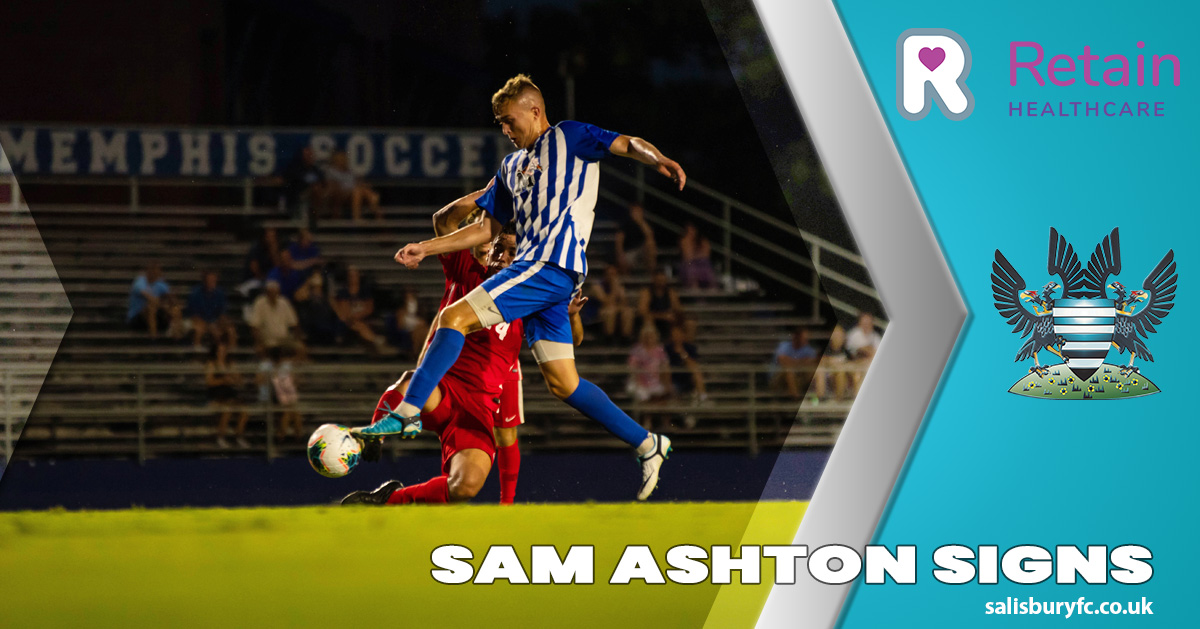 Those supporters that joined us at the Ray Mac when we played Eastleigh FC, saw Sam Ashton play as a trialist. We’re pleased to announce that Sam has now signed for Salisbury FC. The 22-year-old forward joins us from the Danish side, Husum Boldklub F.C.

He progressed through AFC Bournemouth Academy and on his release in the summer of 2014 at the age of 16, Sam joined Havant & Waterlooville. During his 2 years there, he played both in the youth team and first team.  In the summer of 2016, Sam moved to the United States of America to play College Football and had a successful time. Upon his return to England, Sam signed for Gosport Borough in the summer of 2020. When the 2020 – 2021 season was annulled, he then went to play Husum Boldklub F.C who play in the Danish League.

Sam is eligible to play tomorrow when we visit Metropolitan Police FC.