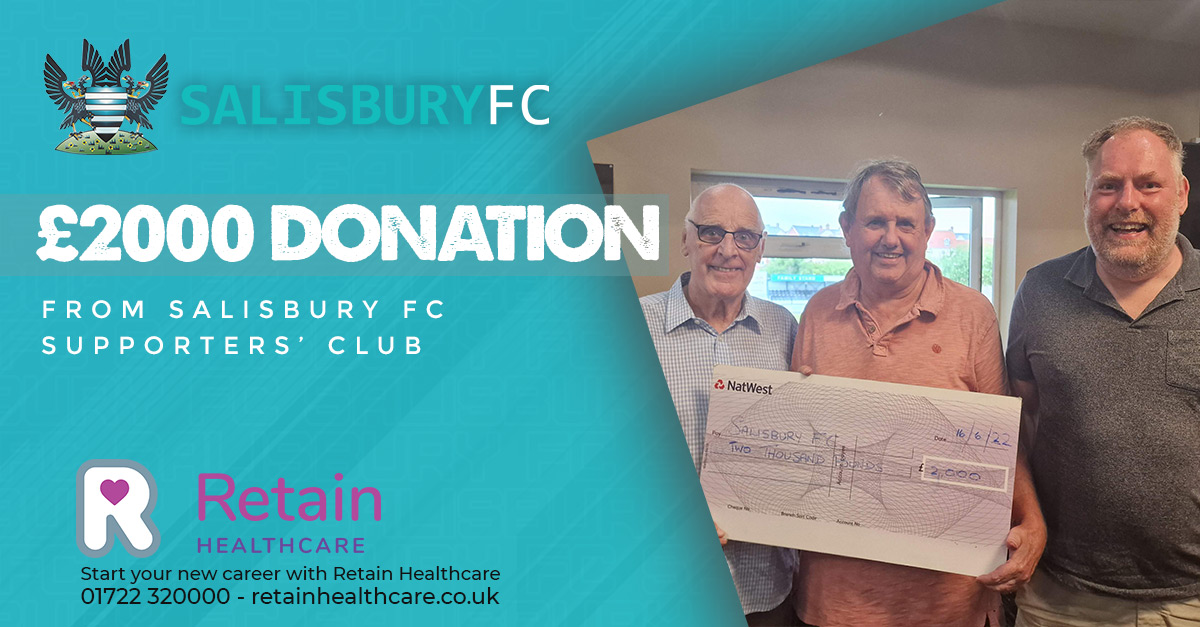 On Thursday evening the Supporters’ Club held their AGM in the Blue Bee Bar at the Ray Mac.

At the end of the informative and fun meeting, they made a £2000 donation to Salisbury FC. This money, which is raised by the hardworking volunteers of the Supporters’ Club and relies on the generosity of Salisbury FC supporters will be put to good use as we get the stadium and pitch ready for the new season.

Salisbury FC Vice-Chairman, Jeremy Harwood accepted the donation and had the following to say,

“It was a pleasure to attend their AGM and receive the cheque from them, taking total donations of over £70,000 since the formation of the new club. Real supporters through good times and bad. They are the backbone of the club, and we are so lucky to have them.”

Thanks to all of the Supporters’ Club Committee for their excellent effort and to the supporters that get involved.