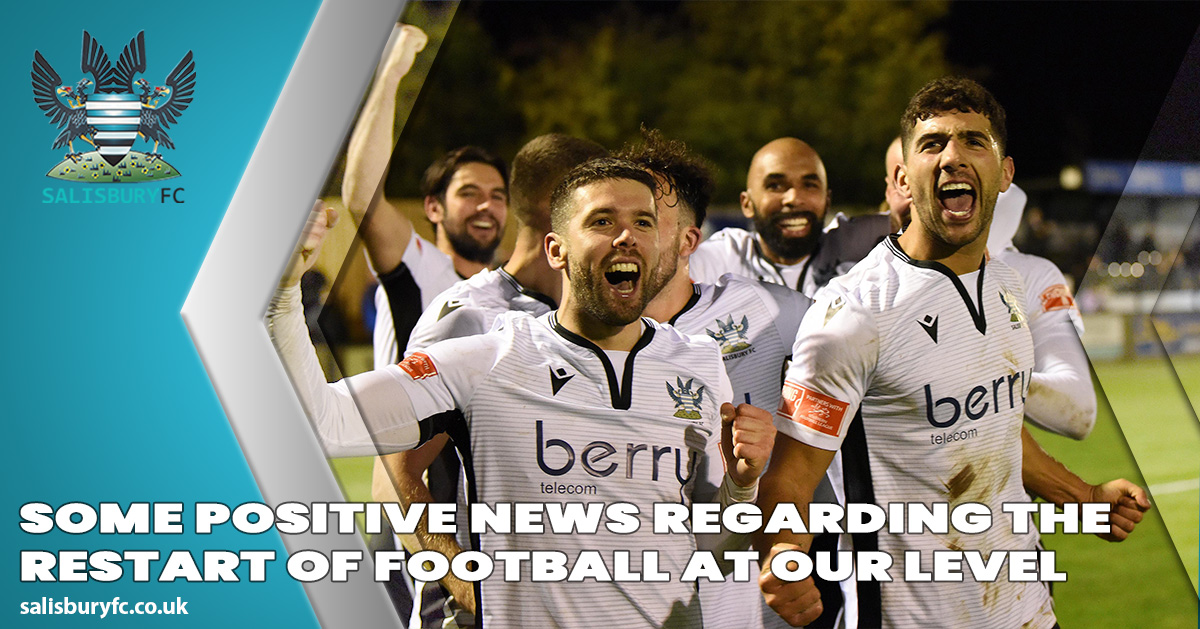 We have today heard from the Pitching In Southern Premier League of the intention to recommence the league season on Saturday 12 December, provided that the current lockdown finishes on 2 December as has been indicated by the Government.

Should the season recommence on 12 December then the existing fixtures and dates will apply thereafter. There is of course a a large number of postponed matches to be re-scheduled and the league has also indicated that there may be further consideration made to existing matches to recognise the difficulties of midweek travel.

Subject to final ratification, the next round of the Buildbase FA Trophy games are planned for 7, 8, or 9 December and therefore the Whites’ game against Bracknell Town will probably be played Tuesday 8 December. As soon as a firm date is known the details will appear on this website.

It cannot be over-emphasised however that all of the above is subject to approval by the Government and various governing bodies.

As yet no further guidance has been given as to whether spectators will be allowed to attend League or FA Trophy games, and it is therefore not safe to assume, until final confirmation is received, that attendance will return as before, or even to the same extent as before.