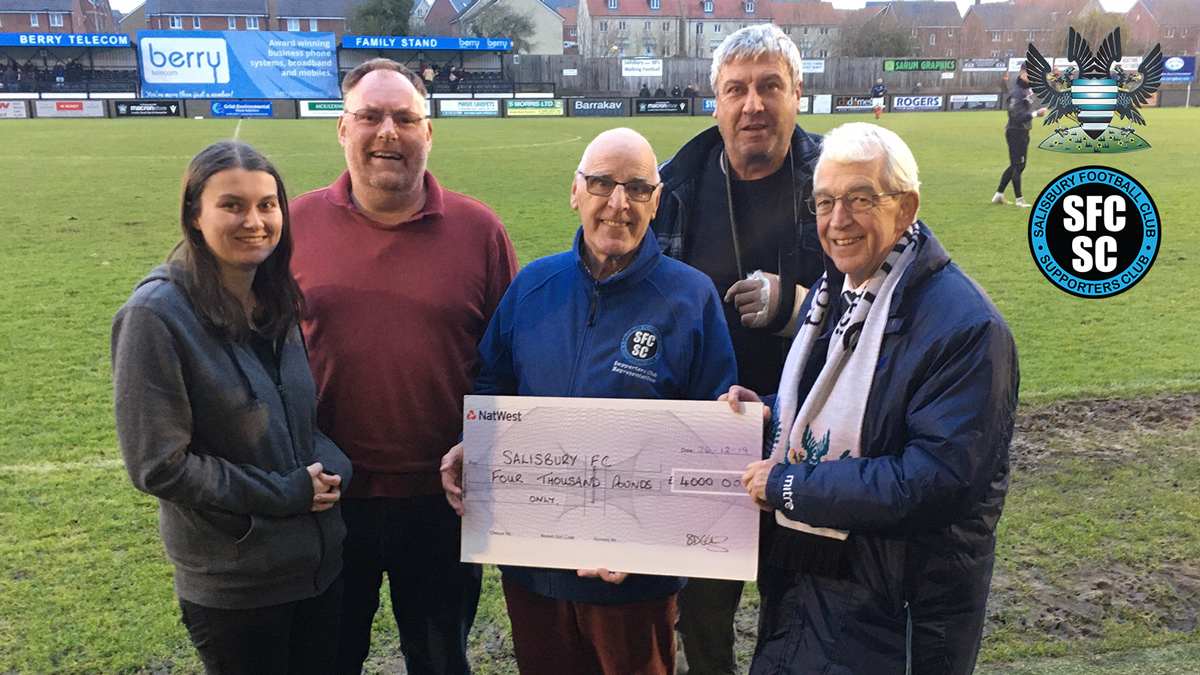 The Salisbury FC Supporters Club handed a cheque to the Salisbury FC Chairman, Ian Hammond during the half-time break at the Boxing Day fixture against Wimborne Town.

Mr Hammond made a short speech after receiving the cheque thanking the Supporters Club for all of their fundraising efforts. He also thanked the supporters that purchase the 50/50 tickets in huge numbers at every game. The funds created by the Supporters Club and fans are really important to the club.

The close relationship between Salisbury FC and the Supporters Club has served us very well. Working on projects like the recent hospital visit and the market stall that Gordan Plumb ran in Salisbury City centre. We look forward to continuing this valuable partnership in the future.

Thanks to all that have worked to raise this donation.