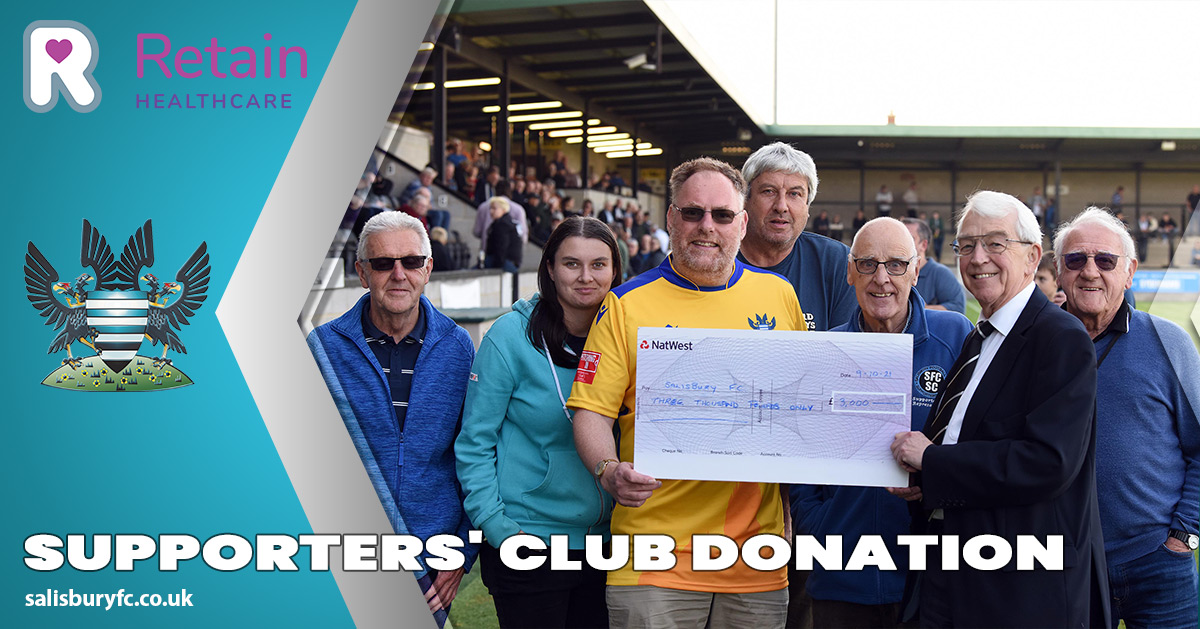 During the Hartley Wintney match last Saturday, The Salisbury FC Supporters’ Club made a donation of £3000 to the football club. Since the new club and the new Supporters’ Club were formed in 2015, the donations have now totalled £67,500. This magnificent achievement is down to the hard work of several ever-present committee members that raise funds in a variety of fun and interesting ways.

At half time on Saturday I was delighted to accept on behalf of the club a cheque for £3,000 from the Supporters’ Club which does so much to help the football club not only by fund raising but also arranging transport to away fixtures. The away support is, I know, really appreciated by our players.

Keeping the Ray Mac stadium up to standard is expensive and donations from the fans through the Supporters’ Club are really appreciated.

We currently have work outstanding on our floodlight system and this donation will be really helpful in financing this work.